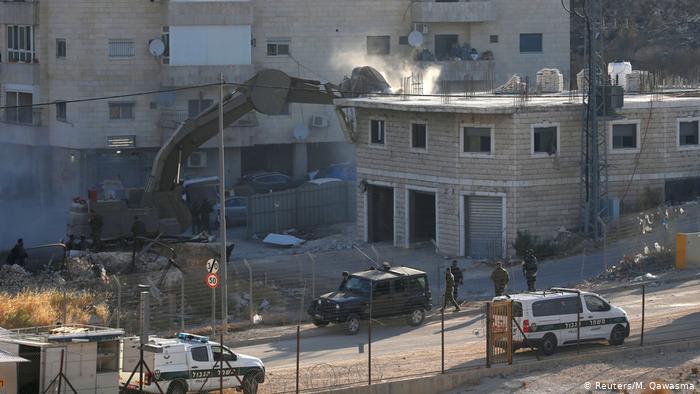 JERUSALEM (AP) — Israeli authorities have demolished at least 140 Palestinian homes in east Jerusalem this year, a rights group said Thursday, the highest annual number since it began keeping records in 2004.

The demolition of homes built without permits comes amid a major increase in Jewish settlement activity both in east Jerusalem and in the occupied West Bank since President Donald Trump took office.

The Israeli rights group B’Tselem said 238 Palestinians have lost their homes this year, including 127 minors. The second highest number of demolitions on record was in 2016, when 92 homes were demolished.

Israeli officials did not respond to requests for comment.

Israel occupied east Jerusalem, the West Bank and the Gaza Strip in the 1967 Mideast war, lands the Palestinians want for their future state. Israel annexed east Jerusalem that year in a move not recognized internationally and considers the entire city its capital.

Trump recognized Jerusalem as Israel’s capital in 2017, breaking with a longstanding international consensus and angering the Palestinians, who off cut all contacts with the White House in response.

Shortly after capturing east Jerusalem, Israel expanded the municipal boundaries to take in large areas of vacant land on which it later constructed Jewish settlements. At the same time, it sharply limited the expansion of Palestinian neighborhoods, forcing many in the increasingly crowded areas to build illegally.

Last month another Israeli rights group, Peace Now, obtained official figures on building permits in east Jerusalem going back to 1991 that provided strong evidence of systematic discrimination against Palestinian residents. While Palestinians make up more than 60% of the population of east Jerusalem, they had received just 30% of permits.

As a result, Peace Now estimates that half of the 40,000 housing units built in Palestinian neighborhoods since 1967 lack permits, placing them at constant risk of demolition.

In many cases, owners choose to demolish their own homes to avoid the high fees charged by Israeli authorities. Of the 140 units demolished this year, 31 were dismantled by their owners, B’Tselem said.

It said commercial structures are also being demolished at the highest rate on record, with 76 dismantled so far this year, compared to 70 in all of 2018.

The B’Tselem figures only cover homes demolished because they were built illegally, and do not include those destroyed for punitive reasons following attacks that kill or wound Israelis. Israel says demolishing the family homes of alleged militants deters violence, while the Palestinians see it as a form of collective punishment.

The Israeli military said Thursday that it demolished a partially-built structure in a refugee camp in the West Bank city of Ramallah overnight. It said the structure was being built on the site of the family home of a Palestinian militant who had killed an Israeli officer during an operation in May 2018. It said the residence was demolished in December of that year, and that troops returned after they noticed that new construction was underway.

The military said dozens of Palestinians hurled rocks and firebombs at the Israeli troops during the demolition and that soldiers responded with “riot dispersal means.” It said there were no injuries among the soldiers.

The military also said it arrested a number of “operatives” from the Islamic militant group Hamas.