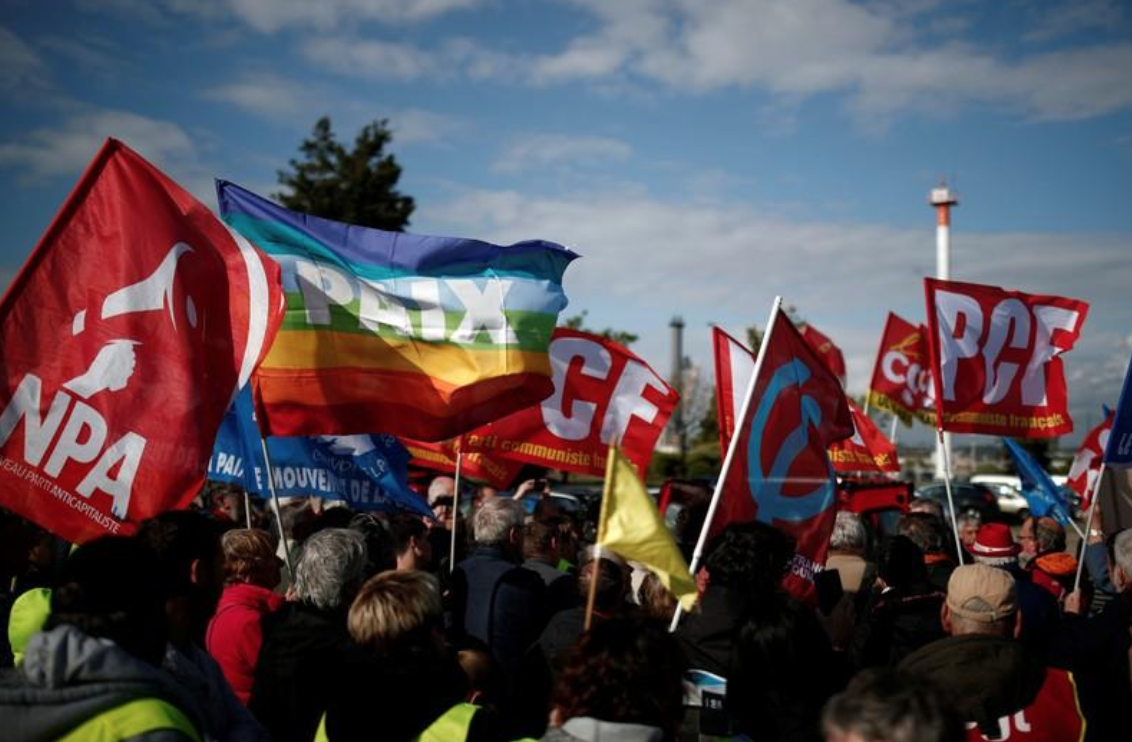 LE HAVRE, France (Reuters) – Two French human rights group on Thursday sought to block the loading of weapons onto a Saudi Arabian vessel that is due to dock in northern France later in the day, the groups said, arguing the cargo contravened an international arms treaty.

The move comes weeks after an online investigative site published leaked French military intelligence that showed weapons sold to the kingdom, including tanks and laser-guided missile systems, were being used against civilians in Yemen’s war.

France is one of Saudi Arabia’s main arms’ suppliers, but Paris has faced increasing pressure to review its sales because the four-year-old conflict has shattered Yemen’s economy and created one of the world’s worst humanitarian crises.

Speaking on behalf of rights group ACAT, lawyer Joseph Brehem told Reuters he had filed a legal suit to prevent the weapons being loaded aboard the Bahri-Yanbu, a cargo ship operating for Saudi Arabia’s defense and interior ministries, on the basis of an article of the U.N. Arms Trade Treaty.

A second group, ASER, has also filed the same complaint at a different court.

“The article says that one country cannot authorize the transfer of weapons if at the time of the authorization, the country knew that weapons could be used to commit war crimes,” he said.

A judge will announce a decision on the case Friday.

Investigative website Disclose said this week that eight howitzer Caesar cannons, manufactured by Nexter, were part of the order. The French government declined to give details on the contents of the arms order.

France is a signatory of the U.N. Arms Trade Treaty that regulates the international trade of conventional weapons and bans the sale of weapons that fuel human rights violations or war crimes.

U.N. experts have said all sides in the Yemeni conflict may have committed war crimes.

Ship tracking data showed that the Bahri-Yanbu has been at anchor 25 km (15 miles) from Le Havre, turning in circles since it was expected to arrive on Wednesday evening. It was unclear why the boat had yet to dock. It is due to leave with its cargo on Friday night.

An official for Jean-Paul Lecoq, member of parliament for Le Havre, said the ship would have to go through a lock at the port, which could easily be stopped by dockers.

“I think the authorities are bothered by this. They could try to divert the cargo to another port, French or foreign,” the official said.

About 100 people were protesting at the port on Thursday evening with signs saying ‘No to arms sales” and “Far from the eyes, bullets in our hearts.”

The incident is awkward for President Emmanuel Macron and his government, which has said that as far as it knows French-made arms sold to Saudi Arabia are used solely for defensive purposes on the border.

Macron said on Thursday that he had obtained guarantees from Saudi Arabia that weapons were not being used against civilians. He also defended sales to Saudi Arabia, which he called a key ally in the fight against terrorism.

“Most of the weapons that have been sold are used inside (Saudi) territory or at the border, but they are used in the conflict,” he told reporters in Sibiu, Romania, ahead of a summit of EU leaders.

Photo: People attend a demonstration to protest against the loading of weapons aboard the Bahri-Yanbu, a cargo ship operating for Saudi Arabia’s defence and interior ministries, in Le Havre, France, May 9, 2019. REUTERS/Benoit Tessier