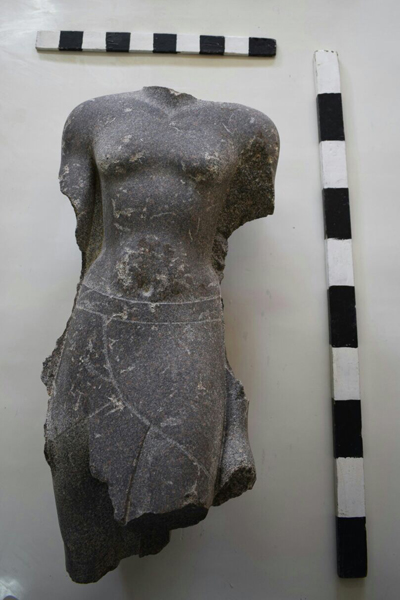 An Egyptian excavation mission discovered on Monday remains of mud-brick walls and several artifacts that date back to different periods of the ancient Egyptian era, as well as four furnaces from the Late Period (664-332 BCE) during excavation work carried out in Tel Al-Pharaeen archaeological site.

Known as “Ancient Buto” at the Kafr al-Sheikh governorate, studies from the excavation site walls’ suggested that the discovered could possibly represent the main ancient axis of the Buto temple, according to Ayman Ashmawy, head of the Ancient Egyptian Antiquities Sector at Egypt’s Ministry of Antiquities.

Ashmawy said that the furnaces may have been used for the preparation of the offerings presented to deities inside the temple.

He added that the mission also uncovered the foundation of two limestone columns that he believes may have been part of the temple’s hall of pillars. They also found a limestone statue of King Psamtik I seated on the throne and holding the royal handkerchief in his right hand.

However, according to Ashmawy, the upper part of the statue is damaged.

Another royal statue was also uncovered, carved in black granite, and missing the head and the neck, and a segment below the knee. Preliminary examination suggest it may also belong to King Psamtik I.

Both statues and their fragments were transferred to the stores of the ministry for conservation and restoration. 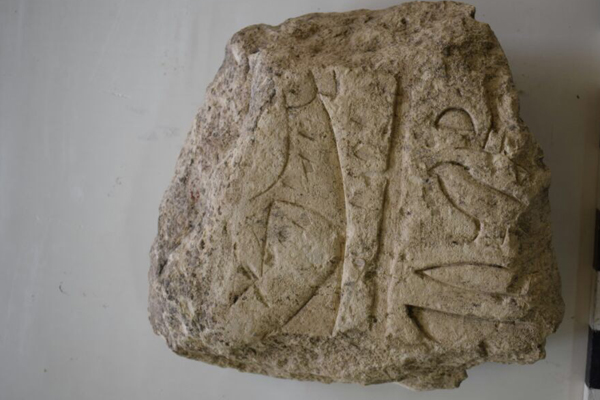