After a month of severe water cuts, with little to no water running through the canals of Abu Sir and Saqqara, the water finally returned at the end of last week.

However, while the water had been away, large quantities of garbage had piled up in the canals, causing the canals to become even more blocked and polluted than usual, leading to dead and dying crops and serious health hazards.

Dumping garbage in the canals has long been commonplace due to the lack of waste management facilities in the areas. Usually, the canal water would at least push the garbage along a bit, but the severe cuts have allowed garbage to accumulate in the canals.

Between water cuts, mounting garbage, and blocked irrigation the situation is quickly becoming a very serious problem in Abu Sir and Saqqara, and these areas are not alone.

“The ever-increasing challenges of access to water for farmers are not unique to Abu Sir and Saqqara. It’s an epidemic that is affecting all of Egypt’s countryside, and they require an immediate sustainable solution,” says Ahmed El Droubi, the sustainable agriculture campaigner for the Greenpeace Arab World project.

Egypt has long relied on a vast network of canals designed to bring water from the Nile and expand arable land east and west into the desert.

Water shortages and dumping is not a new concern for Egypt’s canals. However, in the past few months, the severity of the situation has significantly increased, turning the canals into thick, barely moist, garbage pits.

“For a couple of years the water in the canals had been cut alongside increased garbage dumping, but lately there is something very wrong,” says Hesham al-Seefy, a lawyer and lifetime resident of Abu Sir.

Seefy adds that five years ago it was possible to grow a variety of crops with the canal water, but now only resilient crops can survive.

In recent weeks, large quantities of corn and mango, alongside others, had become completely spoiled due to water shortages and polluted water. Crops grown in the area usually supply Cairo markets.

Severe illnesses among locals are also increasing, as dangerous bacteria grows and lives in the canals and the surrounding water supplies.

“People are continuing to get sick, and usually people don’t believe it’s from unhealthy agricultural practices. The link is not drawn between the two,” says Droubi.

However, it is still not clear exactly why the irrigation canals have been experiencing significantly worse water shortages in recent months. Some attribute the shortages to canal design.

“Each small canal has to pass through a series of villages, and because of the water scare, everyone is taking more,” says Seefy. “So, by the time it gets to the ends of the canals, it’s drained.”

Others say this is unlikely, as the canals have always been designed this way, and attribute the dry canals to land reclamation in the desert.

“The large scale ‘land reclamation’ projects seem to be diverting water from the arable land of the Nile valley and delta, defying the very purpose they were developed for,” says Droubi.

But, whether or not the water is being cut, the significant increase in garbage has caused them to remain blocked.

Residents and NGOs, such as the Egyptian Endurance Riding Association and El Forsan, would usually try to independently deal with the mounting trash in the canals. However, the job has recently become too big for their limited resources.

“Farmers are now talking about selling their arable land to investors to build on because it is becoming a huge risk to try and grow crops and make a profit,” says Seefy.

To counter this, some farmers have resorted to recycling agricultural water, or tapping into saline ground water near the surface. Repeated usage of saline water can potentially render the arable land completely barren.

According to residents, the Ministries of Irrigation and Agriculture have all been contacted, but they also appear to be lost on why the water has diminished so severely.

“Whatever course of action is to be taken, these areas need immediate solid waste management capabilities, and access to sufficient water, or else the livelihoods of many people and the health of many more will be seriously jeopardized,” says Droubi. 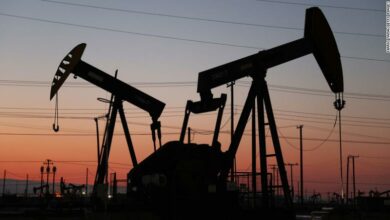 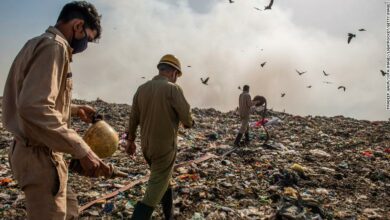