One of the Russian Navy’s most important warships is either floating abandoned or at the bottom of the Black Sea, a massive blow to a military struggling against Ukrainian resistance 50 days into Vladimir Putin’s invasion of his neighbor.

Russian sailors have evacuated the guided-missile cruiser Moskva, the flagship of its Black Sea fleet, after a fire that detonated ammunition aboard, Russian state media reported Wednesday.

State media outlets TASS and RIA, citing the Russian Defense Ministry, said the Moskva had been seriously damaged in the incident and that the cause of the fire was being investigated. The Russian reports gave no information on possible casualties.

But hours earlier, a Ukrainian official claimed the Russian warship had been hit by cruise missiles fired from Ukraine.

Due to large storms over the Black Sea obscuring satellite imagery and sensory satellite data, CNN has not been able to visually confirm the ship has been hit or its current status, but analysts noted that a fire on board such a ship can lead to a catastrophic explosion that could sink it.

Whatever the reason for the fire, the analysts say it strikes hard at the heart of the Russian navy as well as national pride, comparable to the US Navy losing a battleship during World War II or an aircraft carrier today.

“Only the loss of a ballistic missile submarine or the Kutznetsov (Russia’s lone aircraft carrier) would inflict a more serious blow to Russian morale and the navy’s reputation with the Russian public,” said Carl Schuster, a retired US Navy captain and former director of operations at the US Pacific Command’s Joint Intelligence Center.

“Massive blow”: Alessio Patalano, professor of war and strategy at King’s College in London, said losing the warship would be a “massive blow” for Russia.

“Ships operate away from public attention and their activities are rarely the subject of news. But they are large floating pieces of national territory, and when you lose one, a flagship no less, the political and symbolic message — in addition to the military loss — stands out precisely because of it,” he said.
Tags
Black Sea flagship King’s College in London military loss Russian Navy warships 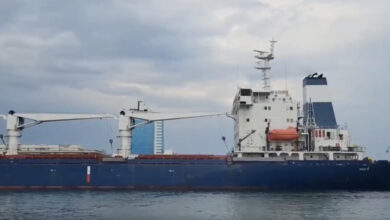 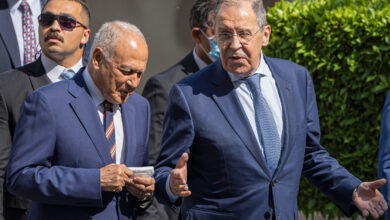