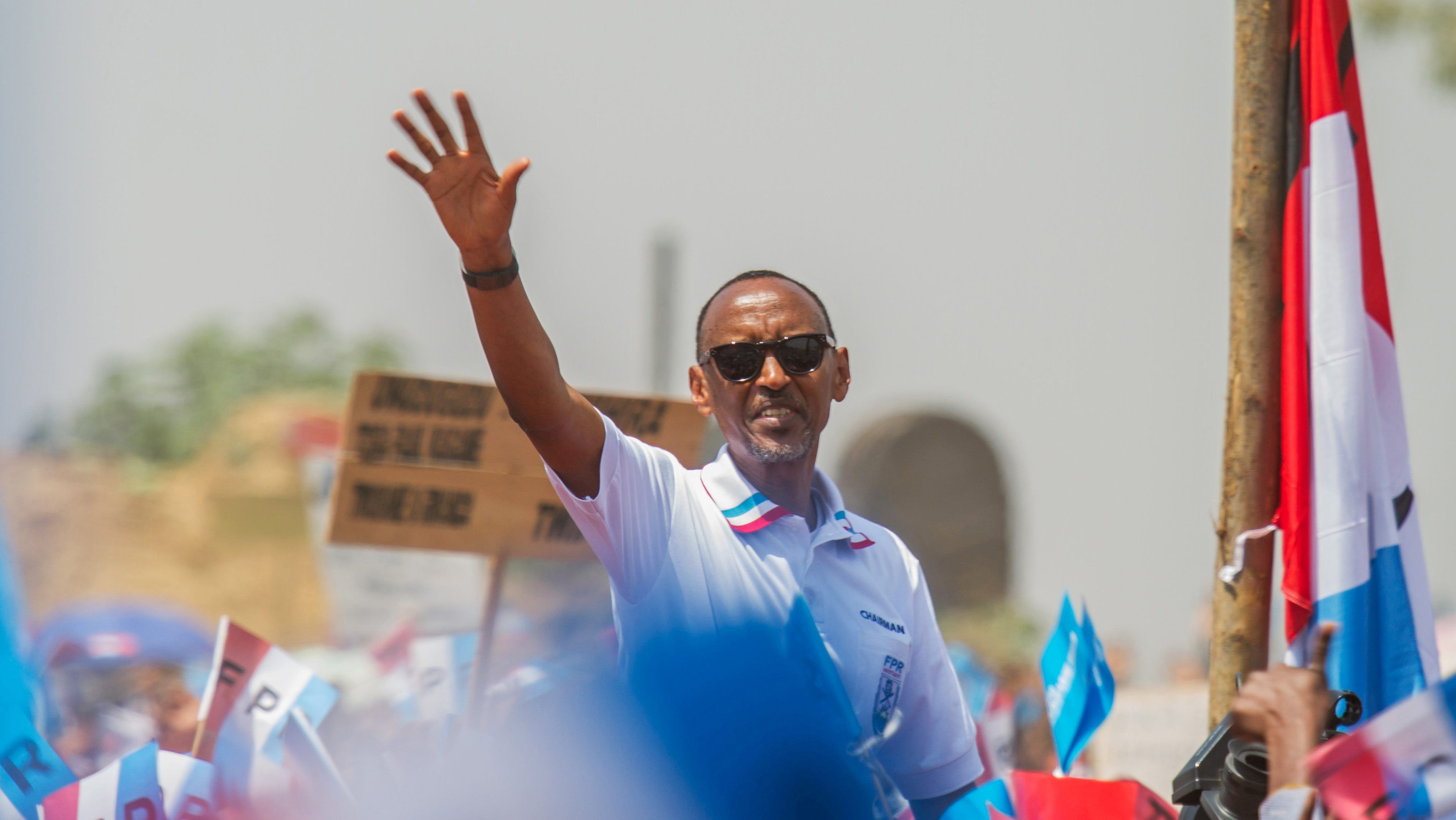 Incumbent leader Paul Kagame has swept to a landslide victory in Rwanda’s presidential election, results showed early on Saturday, securing a third term in office and extending his 17 years in power.

Kagame has won international plaudits for presiding over a peaceful and rapid economic recovery in the Central African nation since the 1994 genocide, when an estimated 800,000 people Tutsis and moderate Hutus were killed.

But he has also faced mounting censure for what critics and rights groups say are widespread human rights abuses, a muzzling of independent media and suppression of political opposition.

“We expect that even if we get 100 percent of votes, there will not be any change,” he said.

The full count will be released at 1400 GMT on Saturday.

The board expects turnout to have topped 90 percent in the East African country of 12 million people, in an election that fielded only a single opposition candidate, Frank Habineza, and an independent.

Kagame said he would work to sustain economic growth in the tiny nation.

“This is another seven years to take care of issues that affect Rwandans and ensure that we become real Rwandans who are (economically) developing,” he said in a speech broadcast live on television.

Under his rule, some dissidents were killed after fleeing abroad, in cases that remain unsolved. The government denies any involvement.

Kagame, a commander who led Tutsi rebel forces into Rwanda to end the 1994 genocide, banned the use of tribal terms after becoming president.

He won the last election in 2010 with 93 percent of the vote and had said during this campaign for a further seven-year term that he again expected an outright victory.

Habineza, who has so far won 0.45 percent of the early count, had promised to set up a tribunal to retry dissidents whose convictions by Rwandan courts have been criticized as politically motivated.

Another would-be opponent, Diane Rwigara, was disqualified by the election board despite her insistence that she met all the requirements to run.

Some voters celebrated the election result into the early hours of Saturday, said John Habimana, owner of the popular Roasty Bar in the capital Kigali.

“Last night was fantastic. People kept coming in until my bar had more than 200 people. I usually get 100 on normal days. They were all celebrating and I left at 2 am but they were still dancing and more were coming,” he said.

Other residents were less happy.

“To me I see this as a one-man race. I simply did not go to vote,” said one man in Kigali who asked not to be named.

Uganda's Museveni looks to a fourth decade in power