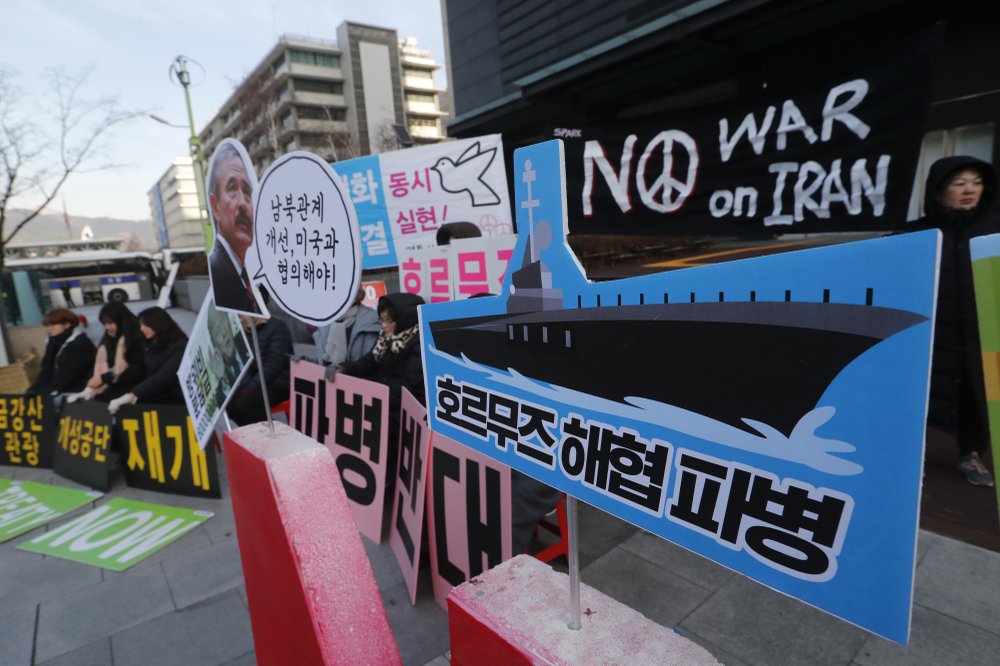 SEOUL, South Korea (AP) — A South Korean anti-piracy unit has temporarily expanded its mission to the Strait of Hormuz, a vital global oil route at the center of soaring tensions between Iran and the United States.

South Korea’s Defense Ministry announced the expansion Tuesday, saying it was meant to help ensure the safe passage of South Korean vessels and nationals through the waterway.

South Korea has conducted anti-piracy operations in the Gulf of Aden since 2009 and is expanding to the strait that connects the Gulf of Oman and Persian Gulf. Tensions in waters around the Arabian Peninsula have soared since President Donald Trump withdrew the United States from Iran’s 2015 nuclear deal and a U.S. airstrike earlier this month killed Iran’s top general.

Iran was accused of sabotaging oil tankers in the Persian Gulf last year, allegations it denied. It seized a British-flagged oil tanker after an Iranian oil tanker was seized by authorities in Gibraltar over suspected sanctions violations. Both ships were released weeks later.

The United States last week warned of threats to commercial vessels in and around the Persian Gulf following the latest tensions.

The South Korean ministry’s statement said the unit will work independently but cooperate with a U.S.-led coalition if necessary. It said two South Korean soldiers will be liaison officers at the International Maritime Security Construct headquarters.

Observers say the decision suggested South Korea considered both its relations with Iran and chief ally United States, which has asked it for a contribution to help guard oil tankers.

The South Korean naval unit refers to a 4,400-ton-class destroyer with 300 troops and a helicopter, according to the navy.

According to the statement, the Strait of Hormuz is a shipping lane for more than 70 percent of South Korean oil imports and South Korean vessels sail through the area about 900 times annually. It said about 25,000 South Korean nationals live in the Middle East.