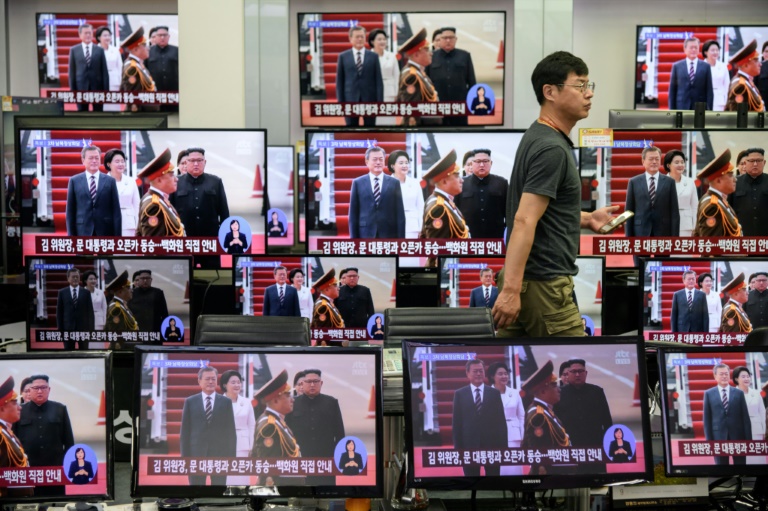 Moon and Kim have met three times in 2018 amid warming ties between the two Koreas, with South Korea hoping to host a first-ever visit by Kim to Seoul before year’s end.

But prospects of another meeting in coming weeks have dimmed as denuclearization talks have stalled, prompting Moon to say that the planned visit’s timing should not overshadow its historic nature.

“There is a possibility that Chairman Kim Jong Un’s visit to Seoul may be made within this year, but there’s more important things than the timing,” he said in translated remarks during a visit to New Zealand.

“Whether it’s this year or not isn’t that important, what’s important is that the North Korea leader’s visit to South Korea will definitely accelerate the denuclearization process in the Korean peninsula.”

Moon said a visit by Kim to the South would also improve US-North Korea relations as Kim and President Donald Trump look to follow up their June summit in Singapore.

“I believe that our efforts will definitely give a positive impetus to the second US-North Korea summit meeting,” he said.

“President Trump and I share a view in that regard.”

Moon emphasized the impact Kim’s presence in South Korea would have on the two nations.

“This will be the first time that the North Korean leader will visit Seoul since Korea was divided into two countries,” he said.

“Although there’s no timeframe set, that’s still very meaningful. We can improve South and North Korean relations as well as attain permanent peace on the Korean peninsula and denuclearization.”

North and South Korea have begun to remove landmines and destroy some military bunkers along their common border as part of the detente.

However, Washington is taking a more cautious approach towards Pyongyang amid sparring over interpretation of a vaguely worded denuclearization document signed at the Singapore summit.

Trump said on Saturday that he hoped to organize a second summit with Kim in early 2019.