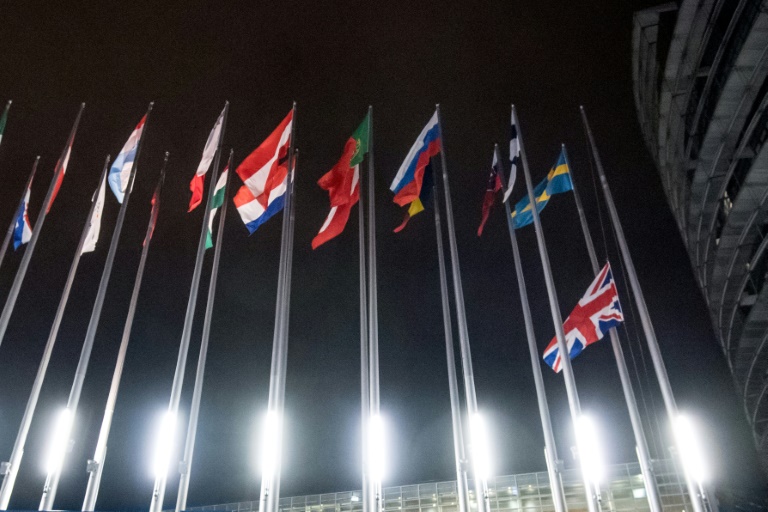 “Shameful!” “A sadness!” “Disgusting!” In Verteillac, a small village in southwest France’s picturesque Dordogne region that has become a home for many Britons, emotions may vary over Brexit but all share a sense of bitterness and worry for the future.

On what would otherwise be a regular Saturday, the Welsh barman hosts the mostly British customers of Le Calice pub in the centre of this village of 700 inhabitants, with Brexit the main talking point.

Some have just popped in for a coffee or one of the pub’s speciality burgers created for the Six Nations rugby tournament. It’s called the “Eddie Jones” in a nod to England’s current rugby coach.

Resident in France for some 39 years already, Edwina de Tonary said she “feels a deep sadness”.

As Britain formally left the EU late on Friday “I was with my friends and everyone was sad, almost to the point of tears,” said de Tonary, 76, who over the years has become one of the area’s most charismatic figures.

Like 59 other Britons in the Dordogne region, she has become a local councillor as an EU citizen, a status that she will now have to give up. She taught English at the school, is involved in a local association and is the keyholder of the local church which she opens and closes every day.

Like 3,000 other British citizens resident in this area which is often dubbed “Dordogneshire” owing to its popularity with Britons, she has now lost her right to vote in local and EU elections.

Such considerations are not on the mind of Jacqueline Janneteau, 60. An estate agent and married to the mayor of the neighbouring village, she enjoys French nationality.

But as she watched on television the UK clocks chime midnight and people take to the streets of London to celebrate Brexit, she could not escape a sense of melancholy and anger.

“It was shameful how they celebrated it. I have nothing to celebrate. I know an English person who lives here and who voted to leave the EU,” she said. “It is beyond my comprehension.

“The people in Britain who voted for Brexit are going to have bad, bad surprises,” she predicted. Here, some Britons are worried for their future, especially their medical cover. They fear that they will lose it.”

The Dordogne area has won the hearts of thousands of Britons over the years, seduced by the lush countryside, rich cuisine and the dream of doing up a rickety but characterful house.

Erica Laine, a woman in her 70s who has lived in France for the last 20 years, said she did not even have the heart to sit in front of her television and watch the final moments heading to Brexit.

“I just feel that some of my identity has been taken away, without anybody asking me,” she lamented.

“Yesterday I was a British European citizen, living in the EU. Now I’m a citizen of a third country! We used to be the same! And now I’m a little bit alien.”

Nowhere is the attachment to the Dordogne more clear than in the local estate agent which specialises in selling houses to the British who make up some 38 percent of the clientele.

“I never believed that the day would come. So shameful, it is incomprehensible,” said its aghast proprietor Trevor Leggett, who says he is now starting the process of becoming a French citizen.

“Or at least when there is a bit less of a queue,” he said, with a hint of British understatement.

Leggett, 56, who arrived in France as a bricklayer in 1991, said he believes that many British people will move now to France and other EU countries as a way of showing their displeasure.

“Over the last three months, we have had 25 percent more visits (of property) from British people. Even if that does not yet translate into sales, I am expecting a boom in the spring,” he added.

Sat in front of her cafe and croissant at the Calice bar, Edwina de Tonary remained determined. “We are Europeans and it will stay that way forever,” she said.

“Look it this euro!” she said brandishing a coin from her purse. “Britain is still right in the middle,” she said pointing at the map of Europe on the front of the coin. “I don’t know if they will scratch it off now.”

Image: AFP / Patrick HERTZOG A Union flag from the United Kingdom is lowered from a flagpole at The European Parliament, in Strasbourg, on Brexit Day