According to Opta Sports, Salah is the top scorer for the Premier League in all competitions, with 25 goals.

Salah scored a goal for Liverpool on Wednesday night during its match with Germany’s Leipzig team, securing a 4-0 aggregate win over the team and advancing the team to the quarter-finals.

Liverpool beat the German team in the first and second round 2-0.

Mohamed Salah scored in the 71st minute of the game, and Sadio Mane in the 73rd minute.

A negative tie settled the first half of the match between Liverpool and Leipzig, held at the Puskás Aréna in Budapest, Hungary, within the second leg of the 16th round of the Champions League. 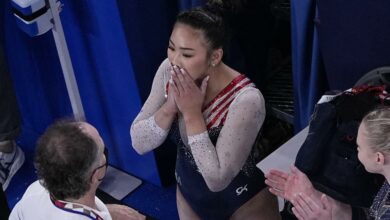