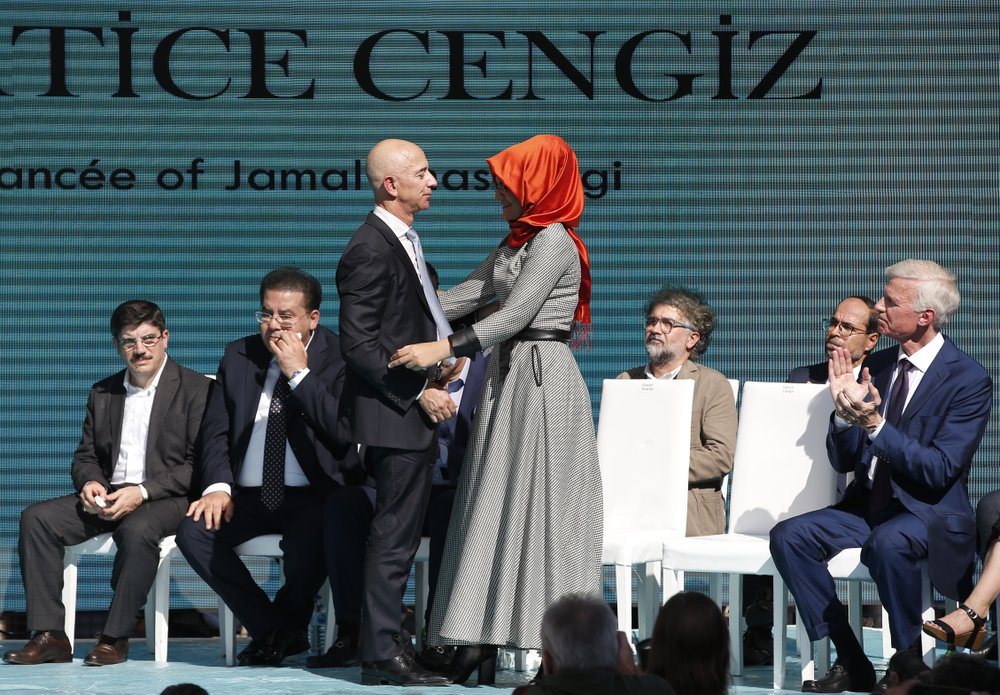 SAN FRANCISCO/CAIRO (Reuters) — Two UN officials will report on Wednesday that there is enough evidence suggesting that Saudi Arabia had hacked Amazon.com Inc founder Jeff Bezos’ phone and both the kingdom and the United States should investigate, a person familiar with the matter said.

The United Nations’ officials plan a public statement asserting that they found credible a forensic report commissioned by Bezos’ security team which concluded that his phone probably had been hacked with a tainted video sent from a WhatsApp account belonging to Saudi’s crown prince Mohammed bin Salman.

The report by FTI Consulting concluded that massive amounts of data began leaving Bezos’ phone about a month after the video was shared in mid-2018, the person said, declining to be identified due to the sensitivity of the subject.

Outside experts consulted by the UN agreed that while the case was not airtight, the evidence was strong enough to warrant a fuller investigation.

The report is set to worsen relations between the world’s richest man and the kingdom which had soured following the murder of Saudi journalist Jamal Khashoggi in 2018, who was also a columnist for the Bezos’ owned Washington Post.

The Guardian first reported the crown prince’s alleged involvement. It said the encrypted message from the number used by the crown prince is believed to have included a malicious file that infiltrated the phone Bezos had used and extracted large amounts of data.

“Recent media reports that suggest the Kingdom is behind a hacking of Mr. Jeff Bezos’ phone are absurd. We call for an investigation on these claims so that we can have all the facts out,” it said in a message posted on Twitter.

They are building toward a fuller report they expect to give to the UN in June, the person said. They said in Twitter posts that they will be releasing a statement on Wednesday addressing the Guardian report.

The relationship between the Amazon chief executive and the Saudi government had soured since early last year after he alluded to Saudi Arabia’s displeasure at the Washington Post’s coverage of the murder of Khashoggi.

Bezos’ security chief said at the time that Saudi had access to his phone and gained private information from it involving text messages between him and a former television anchor, who the National Enquirer tabloid newspaper said Bezos was dating.

Saudi had said it had nothing to do with the reporting.

Image: Washington Post owner Jeff Bezos, left, talks to Hatice Cengiz, right, the fiancee of slain Saudi journalist Jamal Kashoggi, during a ceremony near the Saudi Arabia consulate in Istanbul, marking the one-year anniversary of his death, Wednesday, Oct. 2, 2019. A vigil was held outside the consulate building Wednesday, starting at 1:14 p.m. (1014 GMT) marking the time Khashoggi walked into the building where he found tragic death. (AP Photo/Lefteris Pitarakis)