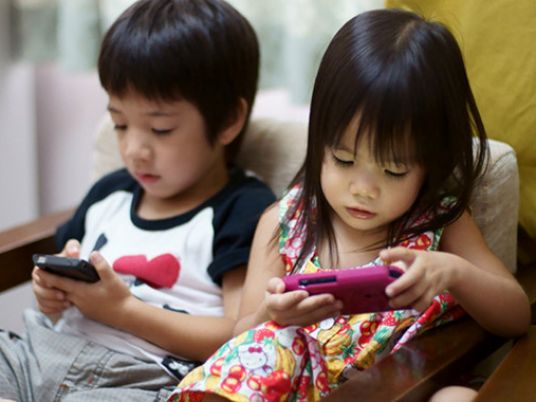 Youngsters who spend too much time staring at televisions and computers may be more depressed than those who abstain completely, but kids who enjoy screen time in moderation may be the happiest of all, a recent analysis suggests.
Many pediatricians recommend that parents limit screen time to less than two hours a day because excessive use of television, computers and mobile devices is linked to obesity and other health problems and is also thought to impair cognitive development.
For the current study, researchers analyzed data from previously published studies involving more than 125,000 participants and found evidence that limiting screen time makes sense for children and young teens. Youth who spent at least five hours a day starting at screens were 80 percent more likely to be depressed than their peers who spent no time in front of screens.
There was, however, little difference in depression risk between children who didn’t have any screen time and those who got about two hours a day.
And the connection between screen time and depression was only statistically meaningful for children under 14, the study found. Screen time didn't appear connected to depression in older teens.
Overall, in smaller doses, screen time appeared to be a good thing. Compared to children who had no screen time at all, those who got a half hour daily were 8 percent less likely to be depressed and kids allowed an hour a day had 12 percent lower odds.
“The finding of the lower depression risk with a relatively low quantity of screen time may suggest that exposure to screen/media, when in moderation, can have potentially positive impacts on adolescents’ mental health,” said senior study author Dr. Yao Shuqiao of the Medical Psychological Institute, Second Xiangya Hospital of Central South University in Hunan, China.
Longer screen time may mean fewer hours in the day for more productive or active endeavors, whether exercise or interacting with friends, which may negatively affect physical and mental health, Shuqiao added by email.
“We suggest that parents may consider limiting their children’s screen time to under two hours a day, preferably about one hour,” Shuqiao said.
The analysis included many observational studies, making it difficult to rule out how other lifestyle factors might influence depression risk, Shuqiao and colleagues acknowledge in the British Journal of Sports Medicine. Measures of depression also weren’t uniform across all of the studies used in the analysis.
It’s also possible that the type of screen time matters, said Dr. Larry Rosen, professor emeritus at California State University Dominguez Hills.
While passive activities like watching television may be linked to a greater depression risk, active pursuits like texting on mobile phones or chatting on social media don’t necessarily carry the same risk, Rosen, who wasn’t involved in the study, said by email.
When it comes to screen time and depression, “what is most important is what that time is used for and how long it is used without breaks,” Rosen said.
It’s not surprising that the teens who had only moderate amounts of screen time had a lower risk of depression than their peers who got none at all because the youth who used devices in moderation may have an overall more balanced life, said Gary Goldfield, a psychology researcher at the University of Ottawa who wasn’t involved in the study.
“People with such low levels of screen time are probably engaged in many other activities, such as organized sport, dance, music or other hobbies that involve interpersonal interaction, which may protect them from depression,” Goldfield said by email.