The Interior Ministry announced the elimination of two terrorist cells comprised of 16 members in Arish, who were armed with firearms and explosives according to a statement Tuesday.

The National Security Sector monitored the two terrorist cells as they were planning to carry out a series of terrorist attacks against vital installations and prominent figures in different areas of Arish.

Confrontations between the terrorists and security forces left 16 terrorists dead. They were found to have possessed eight automatic rifles, an FN rifle, three explosive devices and an explosive belt.

Security services have taken all legal procedures and the Supreme State Security Prosecution was notified for investigation. 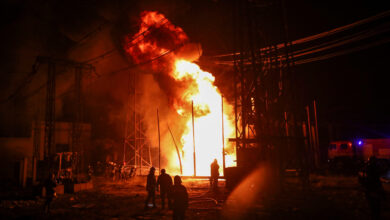