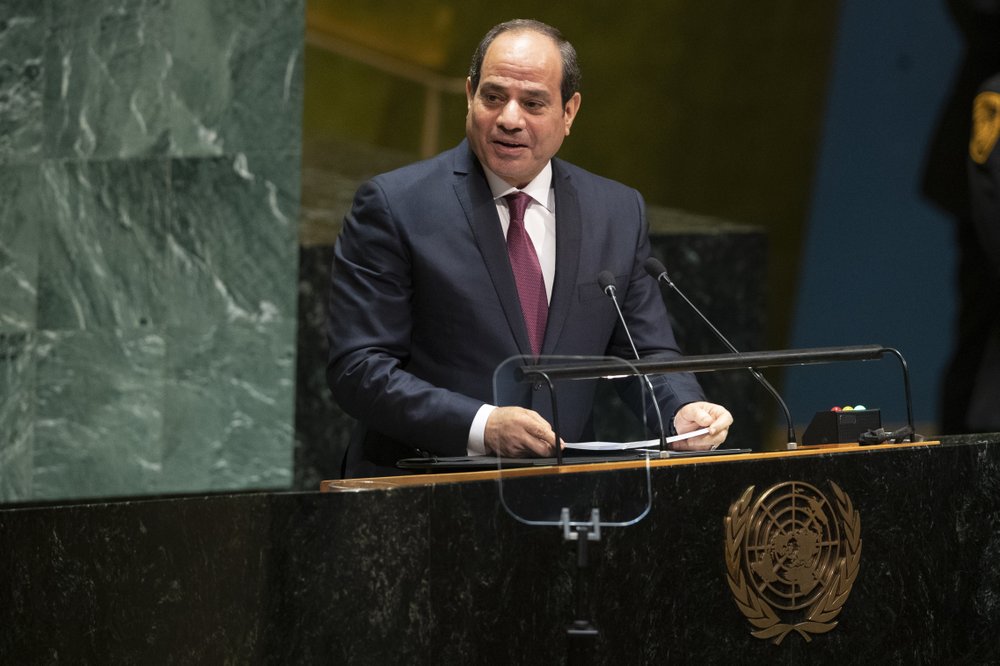 Egyptian President Abdel Fattah al-Sisi recently discussed the situation in Libya in a telephone call with British Prime Minister Boris Johnson, congratulating him as well on the occasion of the “great victory” of the Conservative Party after it secured a parliamentary majority in UK elections last week.

Sisi stressed during the call that the election victory reflects the confidence of British voters in Johnson’s ability to lead the country during the next stage, praising the recent positive developments in bilateral relations between Egypt and the UK, especially in light of a decision by the UK government to resume direct flights to Sharm el-Sheikh Airport, Official Spokesperson for the Presidency Bassam Rady said.

The UK previously suspended flights to Sharm El Sheikh after a bomb exploded on a Russian plane flying over Egypt’s Sinai in 2015.

Important regional issues were discussed during the call, with a particular focus on the ongoing crisis in Libya. The two officials agreed to intensify joint efforts to reach a comprehensive political solution to the Libya crisis that achieves stability and security and contributes to the fight against terrorist and extremist groups, in an aim to restore the Libyan national state. They also discussed reducing foreign interference in the Libyan crisis and its negative impact on the war-torn country.

For his part, Johnson affirmed his keenness to enhance communication and to continue consultation and coordination regarding various issues of common concern with Egypt, Rady added.

Johnson also stressed his country’s determination to upgrade bilateral relations with Egypt at all levels, especially in light of Egypt’s role in consolidating peace in the Middle East region, according to Rady.

Earlier on December 2, Egyptian Foreign Minister Sameh Shoukry and his Greek counterpart Nikos Dendias condemned a recent agreement between Turkey and the Prime Minister of the Government of National Accord in Libya Fayez al-Sarraj concerning sovereignty over maritime zones in the Mediterranean Sea. In response to the move, Greece has also expelled the Libyan ambassador and lodged objections with the United Nations.

Meanwhile, the Libyan diplomatic mission in Egypt has disowned Sarraj’s Government of National Accord (GNA), which is backed by the United Nations, in light of the contentious agreement.

The speaker of the Libyan House of Representatives Aguila Saleh Issa urged the UN to disown the GNA last Thursday, adding that the agreement had accelerated Khalifa Haftar’s military operation in Tripoli.

Fighting rages near Libya’s capital amid push by rebel army