At least six people have been killed and eight wounded in attacks on police by suspected Islamist militants in Almaty on Monday, a source at the Kazakh city's emergency aid hospital told Reuters.

The source said there were four policemen and one civilian among the dead, as well as one suspected attacker. The Interior Ministry had earlier put the death toll at four, including three policemen.

Nursultan Nazarbayev, the president of Kazakhstan, convened an emergency meeting of the Central Asian nation's Security Council on Monday, his office said, after the attack.

The attacks in the former Soviet republic's biggest city followed deadly clashes between Islamist militants and security forces in the city of Aktobe in June and a foiled plot in another province, also blamed on followers of radical Islam.

Nearly 8,000 detained in Kazakhstan amid unrest 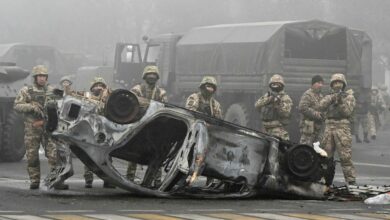 Russia sends troops to Kazakhstan to put down deadly uprising 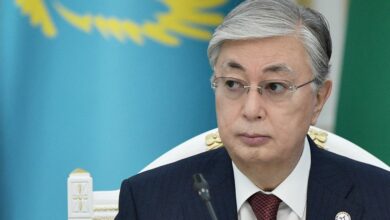