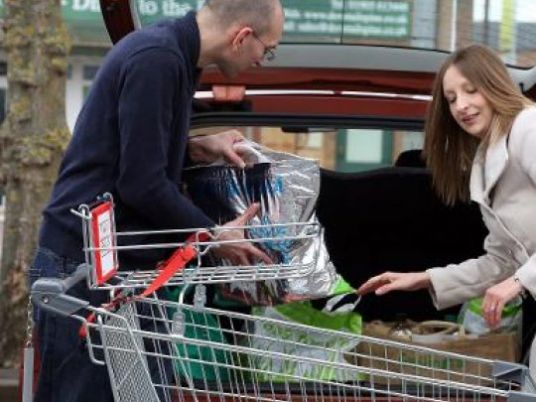 Whether labelled "Worcester Woman" or "Aldi Mum", the struggling middle class is at the heart of the campaign for Britain's May elections despite an economic recovery under David Cameron's coalition.
The terms refer to a key swing constituency in England's West Midlands and a discount supermarket but are catch-alls coined by politicians for struggling voters on lower incomes around the country.
"Every year it seems like things cost more and more and your wages stay the same," said Phil Birchley, who lives in the historic city of Worcester city currently held by the Conservatives, with his wife Laura, who works for the National Health Service.
Since taking power in 2010, Cameron's coalition government has launched deep austerity cuts to halve the public spending deficit which peaked in 2009 in the wake of the global financial crisis.
This has led to huge cuts and salary freezes in the public sector.
Despite the sharp slowdown in inflation in recent months, prices have gone up some 11.5 percent in five years, while salaries have risen only by 7.5 percent, the Office for National Statistics said.
At an Aldi in Worcester, Sue Brennan, a retired care worker whose husband lost his job with the police, said she had been able to save money by shopping for food there and investing in a new boiler.
"We struggle. It is national and international. Cyprus, Greece suffered, now it could be us," she said, referring to the eurozone countries that were among the worst hit by the sovereign debt crisis.
The feeling is widely shared and appears to be holding back political gains for the Conservatives, who should be benefiting more from higher growth.
Purchasing power down
The election campaign that swept Labour and Tony Blair to power in 1997 identified "Worcester Woman" as a key target, but the Conservatives have since won the city back and are fighting to keep it in May on a small majority.
Senior Labour politician Caroline Flint, whose party is battling to unseat Cameron, said the old "Worcester Woman" category should now be "Aldi Mum", a reference to the low-cost supermarket that has become increasingly popular in austerity Britain.
"They're having to change the way they shop because of the economy," Flint told AFP in an interview.
"When people are thinking about what is important to them, how they are going to vote it does come down to what's going on with the pay packet," she said.
Experts say that, under the Conservative-Liberal Democrat coalition government, the purchasing power of households has dropped.
"The decline in real wages over the last five or more years is quite unprecedented for the UK," said Simon Wren-Lewis, an economics professor at the University of Oxford, who said the recovery was "very weak".
Unemployment has plunged since 2013 but Wren-Lewis said a substantial share of new jobs are poorly paid. Inequality has also risen sharply in recent years.
In London, the richest 10 percent have increased their wealth by a quarter since before the recession, while the poorest 10 percent have seen their revenues go down by a fifth, according to a study by the London School of Economics for the 2007-2013 period.
'People are struggling'
The pain of austerity is being felt all around the country, including in Worcester.
"People had to tighten their belts for the last few years," said David Christmas, a manager at the charity Christians Against Poverty in Worcester.
"For the last few years the number of people who have trouble with debt is swelling," he said.
"People who live just above the poverty line are struggling because their wages have not gone up even though prices have increased," he added.
Cameron's party has promised to increase tax thresholds to improve purchasing power, while Labour wants to force electricity and gas companies to cut their tariffs by 10 percent between now and the end of the year.
"The Conservatives certainly have a very clear lead on overall levels of economic credibility," said Gideon Skinner, head of political research at pollsters Ipsos Mori.
"But at the same time we know that people are concerned about the cost of living and the extent to which the overall economic performance is or isn't filtering down to them."