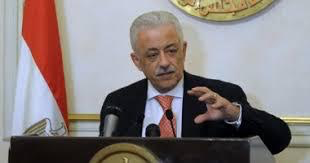 A young pupil died on Tuesday in Samalout, El-Menia, after being diagnosed with a suspected case of meningitis, according to Ahmed Khairy, spokesperson for the Ministry of Education.

Khairy explained that the boy underwent all standard medical testing as well as a CT and an MRI scan. His subsequent diagnosis acknowledged the presence of infectious cells which lead to the possible development of meningitis.

Khairy also that appropriate health measures are being undertaken to protect citizens in El-Menia. Thirty-two people in Salamout who made direct contact with the boy before his passing have been quarantined, including all his fellow sixth grade classmates. Health professionals are providing them with preventive shots in order to prevent a meningitis breakout.

In addition to the Salamout health district, a team from the health committee visited his school to explain the nature of the disease, importantly focusing on its symptoms, how it is caught, and how to fight it. The team also answered parents’ questions and concerns.

Khairy also said that in response to parents’ demands, Minister Tarek Shawky ordered that vaccinations be provided for all pupils in order to assure the parents of their child’s safety. Shawky emphasized that pupil safety is a priority for the government.

Finally, following the warnings that the disease had spread across the boys’ high school in Samalout, the General Committee for Preventative Medicine reported that it had inspected and set up precautions on site, as well as in Salamout hospitals.

No new cases have been reported, and no others have have been found to be sick.