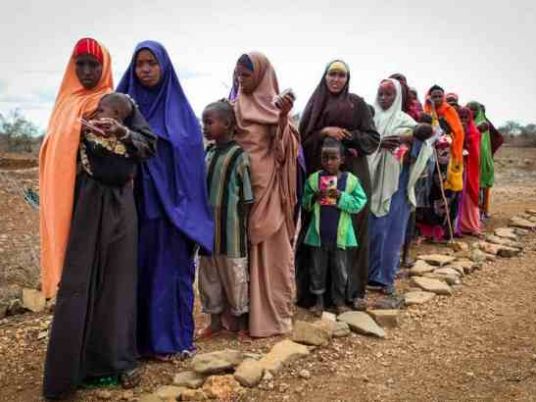 Excessive housework and lack of parental support are the main reasons why girls in Uganda drop out of school, research showed, highlighting the importance of family in achieving gender equality.
In contrast, girls whose mothers completed secondary education were 67 percent less likely to drop out of school, the Washington-based International Center for Research on Women (ICRW) found in a survey of more than 800 girls in Uganda's northwestern West Nile region.
“Girls must feel support and encouragement from their parents, the school itself, as well as the wider community so that they come to believe in themselves, their capacity, and can thrive,” the study's lead researcher Kirsten Stoebenau said in a statement.
"Education is a cornerstone for women’s empowerment and a critical part of any effort to end poverty."
Girls who said domestic chores had interfered with schooling when they were 12 years old were three times more likely to drop out, and those who said their parents did not support their education were twice as likely to drop out, the study found.
"I used to do [housework] while my brother went to school without having to do anything first," Unzia, an 18-year-old wife and mother, told ICRW. "I would reach school late and find the teacher already in class."
When her father died, the family stopped payed her school fees but not her brother's.
West Nile has the highest gender gap in school enrolment in Uganda. There are eight girls for every 10 boys in primary school, and six girls to 10 boys in secondary.
“When girls are dropping out of school at such alarming rates, it’s a signal to the community and activists that current efforts to keep girls in school are just not adequate,” Stoebenau said.
Financial problems were the main reason girls gave for dropping out of school, at 42 percent, while pregnancy came second at 13 percent.
African governments and teachers should discuss with families and students how gender discrimination interferes with girls' education, the report said.
ICRW also called for sex education to be introduced in schools. The majority of girls surveyed did not know how to prevent pregnancy, and one in two of those who had had sex became pregnant.
In West Nile, 20 percent of 15- to 19-year-olds are mothers.