CAIRO (AP) — For the first time in three decades, Sudan has charted a path out of military rule following the formation of a power-sharing government by the pro-democracy movement and the generals who overthrew longtime autocrat Omar al-Bashir.

But the fragile transition will be tested as leaders confront a daunting array of challenges. Decades of war and corruption have left the economy in shambles, and a U.S. terror designation has hindered Sudan’s return from its longtime status as a global pariah.

The civilian and military leaders who now make up the military-led sovereign council only came together under intense international pressure after a crackdown on protests threatened to derail the transition and raised fears of civil war.

Prime Minister Abdalla Hamdok, a respected economist, must now convince the international community that Sudan is open for business. That could require painful austerity measures, potentially reigniting the popular anger that drove al-Bashir from power in April. 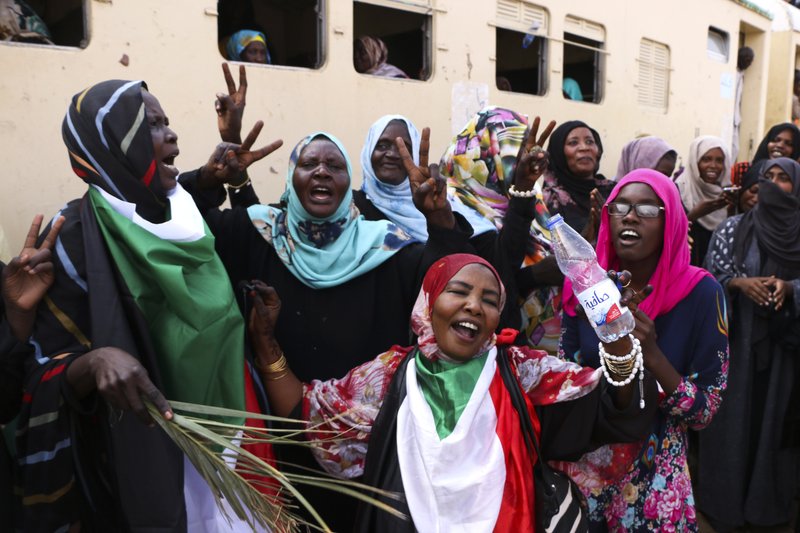 “There is a huge amount to be done,” said Alex de Waal, a Sudan expert at Tufts University. “Sudan will need debt relief, debt rescheduling, lifting sanctions, and only then can the real economic reforms begin. Next challenges include corruption and a very high defense budget.”

Here’s a look at the urgent challenges facing the new government:

Sudan was plunged into an economic crisis when the oil-rich south seceded in 2011 after decades of war, taking with it more than half of public revenues and 95% of exports. Sudan has been battling rebellions in its long-neglected provinces for decades and is nearly $60 billion in debt.

Hamdok told a local TV station Saturday that Sudan needs up to $8 billion in foreign aid in the next two years and another $2 billion deposited as reserves to shore up the plunging local currency.

The transitional government is expected to seek a bailout from the International Monetary Fund and the World Bank. But that could require it to slash food and fuel subsidies and further devalue the local currency. 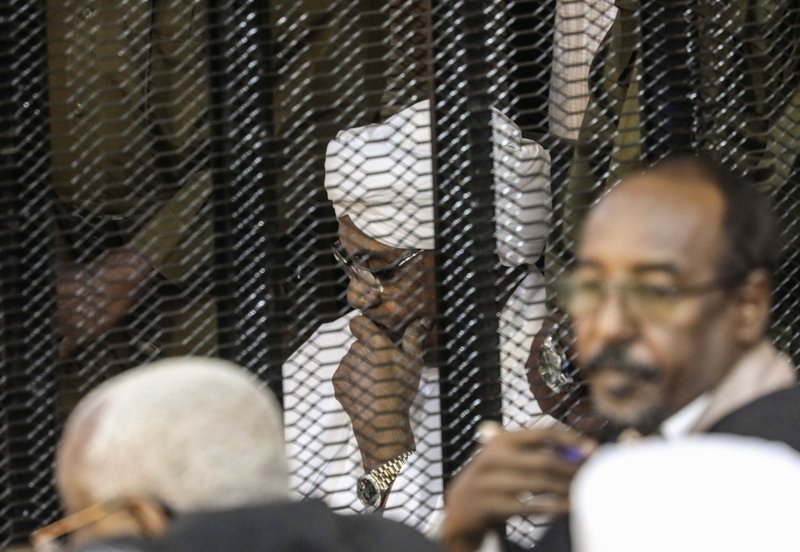 Sudan’s autocratic former President Omar al-Bashir sits inside a cage assigned for those on trial during his hearing on corruption and money laundering charges. (AP Photo, File)

Al-Bashir took similar measures during his final years in power, resulting in inflation of more than 40% in 2018. Price hikes set off protests last December that escalated into a full-blown uprising.

International lenders might also demand greater transparency and new efforts to combat graft in a country that consistently ranks among the most corrupt . That could bring the civilian leadership into conflict with various security organs that have profited off the country’s chaos.

BACK TO THE FOLD?

Hamdok told The Associated Press that his first priority is to get the United States to lift its designation of Sudan as a state sponsor of terrorism, which dates back to the early 1990s, when the country briefly hosted Osama bin Laden.

“We want to tell the world we are moving away from sanctions, issues of punishment and all that, to a Sudan that is coming back to the fold of normal nations,” he said.

The U.S. lifted sanctions on Sudan in 2017, but investors have been slow to return because of the rampant corruption and instability. 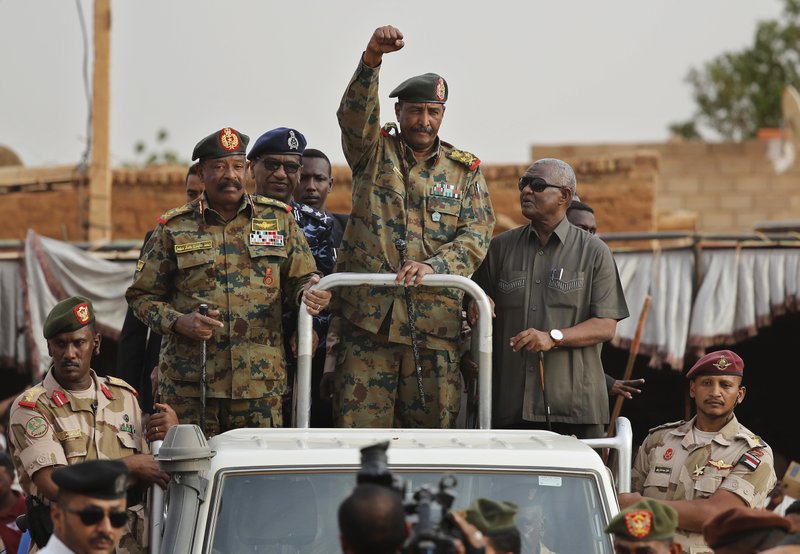 Sudanese Gen. Abdel-Fattah Burhan, who heads the military council, waves to supporters at a military-backed rally in the district of Omdurman, west of Khartoum. (AP Photo/Hussein Malla, File)

The United Arab Emirates and Saudi Arabia have offered billions of dollars in aid since al-Bashir’s overthrow, but it has been channeled through their allies in the military and the security forces, raising concerns it could be used to finance a new patronage regime.

Of special concern is the Rapid Support Forces, a paramilitary group that grew out of the brutal Janjaweed militias that put down the rebellion in Darfur in the early 2000s. The RSF has been accused of war crimes and blamed for attacks on protesters in recent months. Its leader, Gen. Mohammed Hamdan Dagalo, sits on the sovereign council and is widely seen as laying the groundwork for a revival of authoritarian rule.

Hamdok said he wants to bring all the country’s finances under the control of the Finance Ministry. “We want it all, whether it is from our partners and our friends or from our own resources,” he said.

Experts say that could place him on a collision course with the generals.

It would be “quite challenging” to wean the security agencies of their “addiction to massive theft and massive rights violations in the protection of their privileges,” said Suliman Baldo, a senior researcher with the Enough Project.

One way to simultaneously reduce the defense budget and boost economic prospects would be to resolve the country’s various internal conflicts.

Fighting in the western Darfur province has largely died down in recent years, but rebels and bandits are still active there and in Blue Nile and South Kordofan.

The country’s main rebel groups have observed a cease-fire since al-Bashir’s overthrow in solidarity with the protest movement. The power-sharing agreement calls for the new government to make peace with rebel groups within six months. 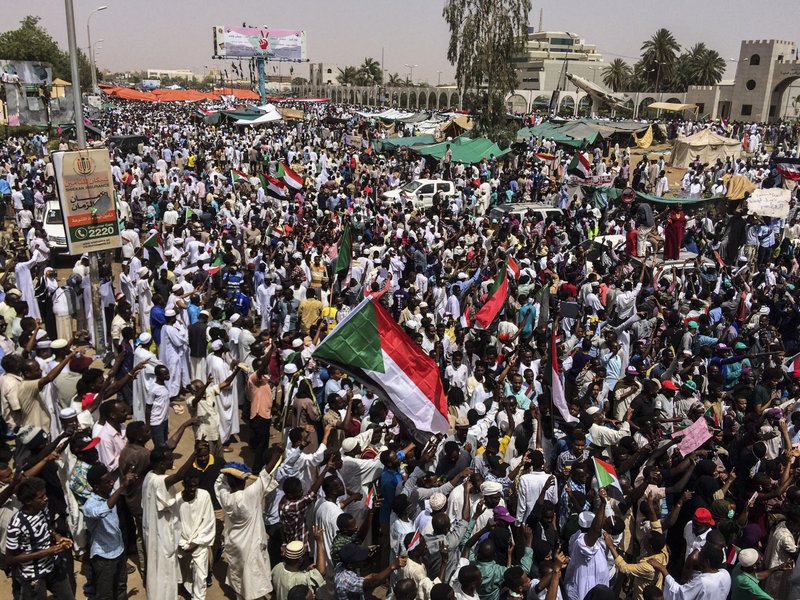 Hamdok said the government hopes for a “peace dividend” that would bring the military budget down from 70-80% of state spending to no more than 20%, with the rest devoted to economic development.

But the main alliance of Darfur rebel groups, known as the Sudan Revolutionary Front, has rejected the power-sharing deal, complaining it is not represented. Another rebel group, the Sudan Liberation Amy, has said it will only hold talks with a civilian government.

Still, de Waal says “there is a better chance for peace now than at any time in the recent past,” noting that Hamdok has already met with rebel leaders in Ethiopia. “For their part, the rebels also know that this is their best chance for a deal,” he said.

The power-sharing agreement only emerged after months of tense negotiations that collapsed at one point after security forces killed scores of protesters.

Lingering distrust between the pro-democracy movement and the military could hinder any bold action during the three-year transition to elections. A general will lead the sovereign council for the first 21 months, followed by a civilian the next 18.

The protest movement may struggle to retain its cohesion, given the inexperience of its mostly young leaders and their struggles to present a united front during much of the negotiations. The Communist Party has already rejected the power-sharing deal, saying it did not go far enough in ensuring those behind the violence against protesters would be punished. 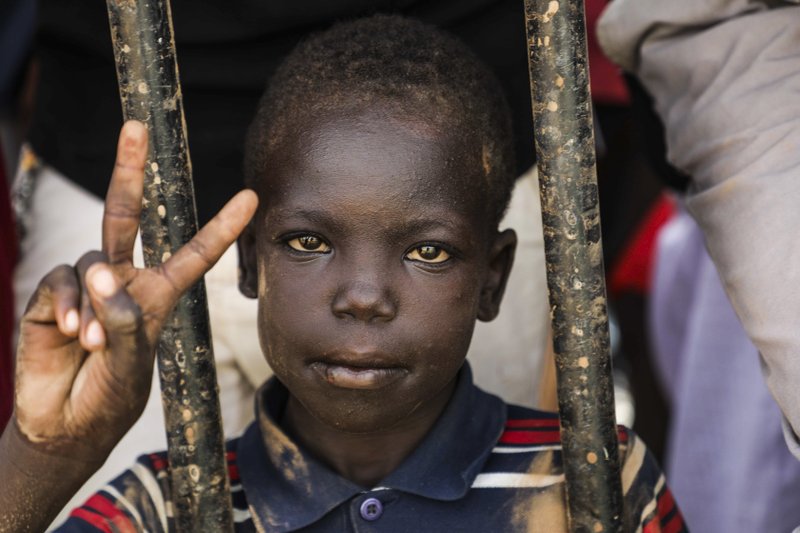 A Sudanese boy flashes the victory sign during a July protest in Khartoum condemning a deadly military crackdown on the pro-democracy movement. (AP Photo/Mahmoud Hjaj, File)

The question of transitional justice has loomed large since the overthrow of al-Bashir, who is still wanted by the International Criminal Court for genocide, war crimes and crimes against humanity in Darfur.

The military has said al-Bashir, who was jailed in Khartoum shortly after his removal from power, he will not be extradited. He appeared in a defendant’s cage at a corruption trial that began earlier this month, and Sudanese prosecutors have also charged him with involvement in the killing of protesters.

Rasha Awad, editor of the online Sudanese newspaper Altaghyeer, said the new administration must reform the judiciary in order to achieve “transitional justice,” but fears the military could stymie such efforts in order to protect its interests.

FILE – In this Wednesday, Aug. 21, 2019 file photo, Sudan’s new Prime Minister Abdalla Hamdok speaks duringa press conference in Khartoum, Sudan, Wednesday, Aug. 21, 2019. For the first time in three decades, Sudan has charted a path out of military rule with the formation of a transitional government in which power is shared with civilians. But the fragile transition will be tested as leaders confront a daunting array of challenges. Decades of war and corruption have left the economy in shambles, and a U.S. terror designation has hindered Sudan’s return from its longtime status as a global pariah. (AP Photo, File)

Meteorologists warn of higher weather temperatures in the coming days