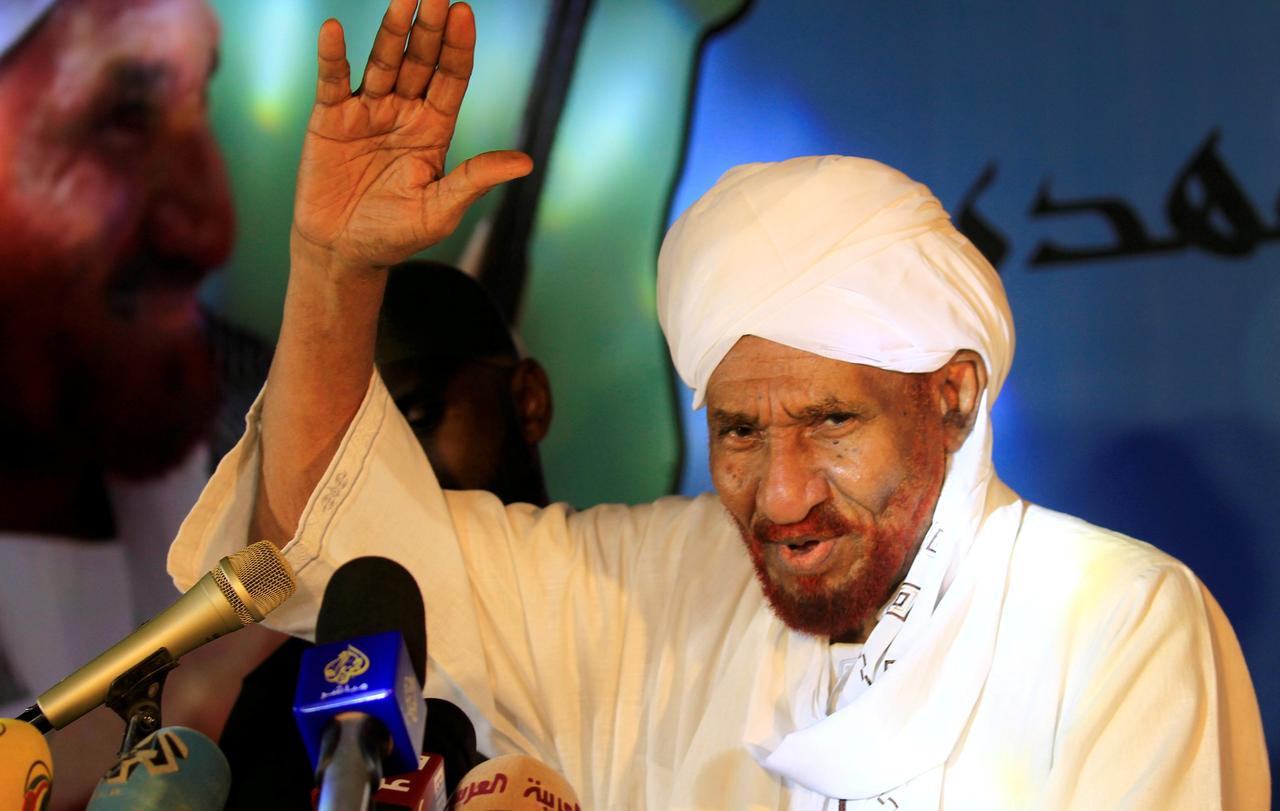 CAIRO (Reuters) – Sudan’s main opposition party leader Sadiq al-Mahdi on Saturday called on President Omar al-Bashir to step down and sit with the opposition to agree on details of a transitional process to end the nation’s crisis, a statement from his party said.

“You can achieve a safe exit for the country which will be appreciated by the Sudanese people and history and will transform the deep polarization into national unity and international isolation into international cooperation,” the statement said.

The call comes after a week of successive measures aimed at combating an unprecedented wave of protests threatening Bashir’s three-decade rule, including declaring a nationwide state of emergency and sacking the governors of Sudan’s 18 states and replacing them with military and security officials.

The statement also called on Bashir to end the state of emergency, end torture and release all political prisoners.

Protests in Sudan, initially over high bread prices, have taken place nearly every day since Dec. 19 and developed into the most sustained challenge that Bashir has faced.

Sudan opposition to keep up protests despite emergency