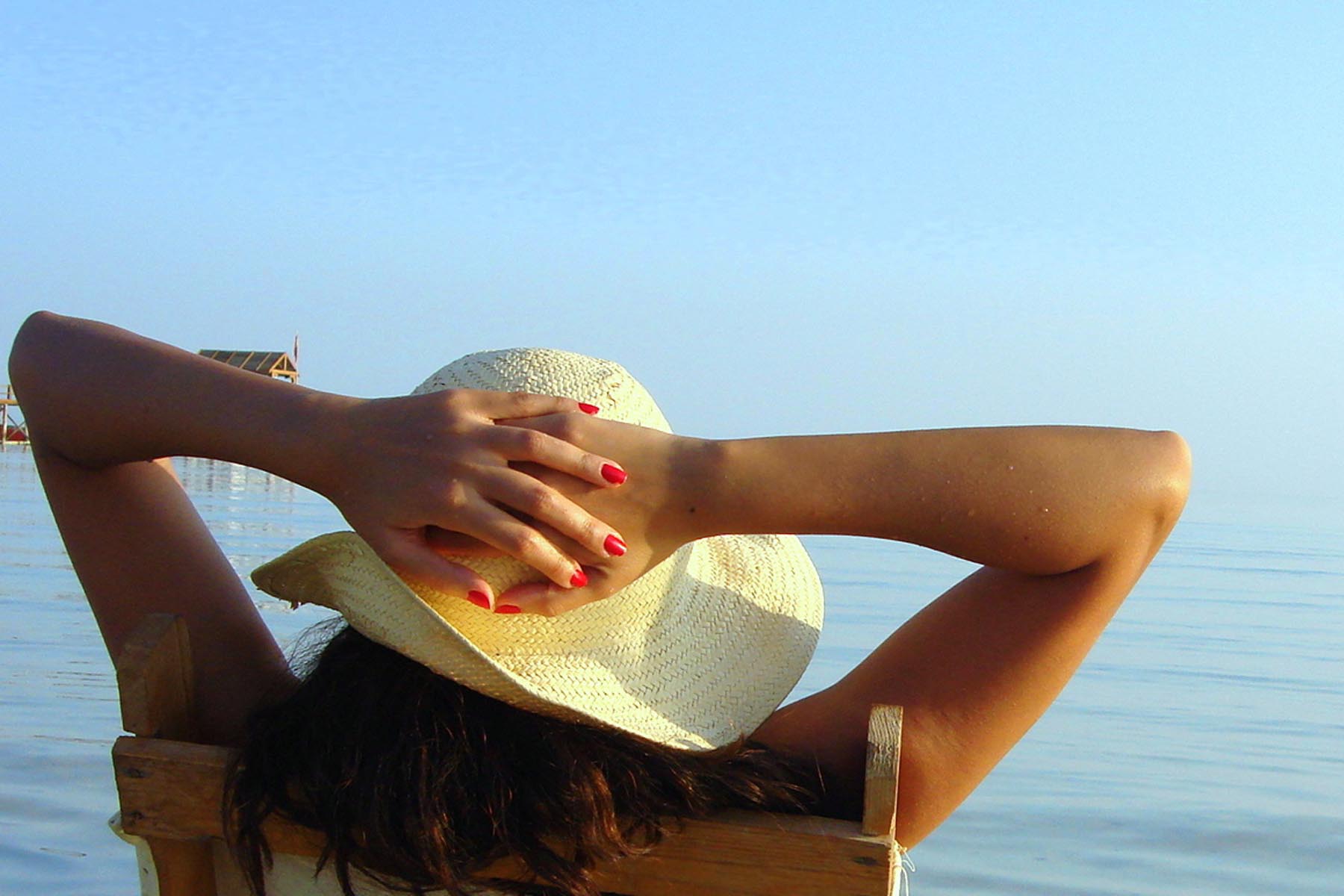 The Red Sea town of Gouna feels like a world apart from the rest of Egypt. Even though its architecture is distinctively Egyptian, drawing on influences such as the legendary architect Hassan Fathy with its domes, ventilation systems and rich earth tones, you still feel like you’re in a bubble far removed from reality.

The seaside town is constructed so that all villas follow more or less the same architectural style. With most properties facing the man-made lagoons, and with a smattering of low-rise hotels distributed generously along the coast, the area feels less like a full-blown tourist resort and more like a comfortable, lived-in town with quality dining, a very relaxed atmosphere and luxurious accommodation.

Gouna can bring out the laziness in you, with endless relaxing days lounging by the lagoon and enjoying marina-side dinners, but it also has a lot to offer for adrenaline junkies. Known for being one of the best wind spots in Egypt, Gouna has plenty of kitesurfing and windsurfing centers, the majority of which are located on Mangrove Beach.

Kitepower comes highly recommended and offers a beginner’s kitesurfing course and full euipment that costs about 260 euros for six hours (about LE1,900). If you prefer windsurfing, you can find centers at Rihana resorts, the Steigenberger and at Mangrove. There’s also dirt biking in the desert (also available at Mangrove) and bicycling and go-karting at Gouna Village, which is a great way to spend the long, hot summer nights.

If you want to spend the day by the beach, you can take a shuttle boat to Zeitouna Beach from most hotels in downtown and the marina — although its shore is somewhat rocky — or you can head to Moods by the marina.

This restaurant/cafe has a beach with beanbag chairs and a LE50 charge for beach use. Towels aren’t provided, but the food is decent and you can curl up on massive wicker chairs or beanbags. The sea is admittedly not the cleanest because you’re swimming by the marina, so be prepared for oily waters. A few minutes away, Club 88 boasts a large pool by the sea with comfortable lounge chairs and expertly made cocktails. Pool use here also costs LE50.

If you have a day to spare, Hurghada is just 30 minutes away by car. If you’re with a large group, it’s highly recommended that you rent a boat to Mahmya Island, a protected area off the Hurghada coast of the Red Sea where you can lounge on beanbags by pristine aquamarine waters or go scuba diving in the deeper waters. Depending on how many people are in your group, you could spend about LE150 each for the boat rental, plus lunch.

Eat, drink and be merry

Surprisingly for a resort town, Gouna has some of the best European and Asian cuisine in Egypt, but it is notably more expensive than your average meal in Cairo. Forget about eating cheap here unless you plan to cook at home. Even then, groceries can be pricey.

In Kafr al-Gouna, Jobo’s has, hands down, the juiciest burgers in Egypt. This Swedish sports bar offers draft beer and open-air seating, and the burgers are grilled to juicy perfection. Try the classic cheeseburger (LE52) and the loaded potatoes (LE35). Shisha is served via Tamr Henna, a popular cafe across the cobblestone courtyard.

A few meters away, the Clubhouse, one of Gouna’s favorite daytime destinations, is usually packed, especially on national holidays, when guest DJs play throughout the day and night. It may have a miniscule pool and tiny beach, but it’s an ideal spot to while alway your day if you want good music, cool water and good food. Try the burgers and their massive continental breakfasts, as well as the ice-cold cocktails, especially the caipirinhas.

By the marina, you have plenty of great dining options: Saigon (Tel: 010-676-2329) is an old-time favorite, if only for its raw spring rolls (LE37), known as summer rolls, which are full of palate-bursting flavors. Le Garage makes creative gourmet burgers, while Le Deauville makes the best French cuisine this side of the Mediterranean — try their Beef Fillet in Grenobloise Sauce (LE119), their scallops and their delicious Tornedos Rossini. What’s great about the marina is that all restaurants face the docked boats on open terraces, so you can split your dinner between enjoying the delicious cuisine and people watching.

For drinks and a sophisticated dinner, try Pier 88, a bar and restaurant on a docked boat that usually gets crammed with Gouna regulars and the occasional celebrity on a busy night. Their shrimp pil-pil and beef fillet come highly recommended. For a more low-key affair, try Barten, a tiny space with friendly bartenders and excellently mixed cocktails. This bar gets very crowded on summer weekends, but you can always pass by for an early evening drink.

Gouna has its share of seasonal parties with international DJs and musical acts, usually at Moods by the marina (call 012-090-0777), but you can also check out Loco Loco (formerly Papa’s) for some outdoor dancing to admittedly cheesy house and pop music.

Gouna has a few moderately priced hotels, including Sultan Bey and Dawar El Omda, (the latter is currently offering standard double rooms at LE350 with a free upgrade). The hotels are located across from the Clubhouse as well as many restaurants and bars.

If you’d rather be located on the marina, there’s the Three Corners Hotel, Ali Pasha and Captain’s Inn. If you’re a large group of people spending more than three days in Gouna, it may be cheaper to rent an apartment or villa. Check out El Gouna Rentals on Facebook for details.

How to get there

Located four and a half hours from Cairo by car and just 40 minutes by plane via Hurghada Airport, Gouna is spread along the Red Sea coast and filled with man-made lagoons and islands.

Go Bus offers daily morning and evening bus trips from Cairo to Gouna for between LE80 and LE120 (call 19567 to book in advance). The resort can be divided into two main areas: Kafr al-Gouna, also known as downtown, and the marina, where most of the restaurants and bars are located. All areas are accessible by car, shuttle bus and tuk tuk (which costs just LE5 per trip), and you can also rent bikes downtown if you want.

The main thing people fail to tell you about Gouna is that, even though it’s on the coast, it’s not a beach-friendly town. Most hotels and homes face the lagoons, while the seaside beaches are often unswimmable because of the usually high winds and shallow waters. The coast is perfect for kitesurfing and windsurfing, but in terms of swimming, you’re better off at the lagoons and swimming pools.

Gouna offers a relaxing and luxurious weekend by the Red Sea where you can dine, pamper yourself or indulge in adventure sports to satisfy your adrenaline craving. It’s definitely not the cheapest holiday you’ll find by the Red Sea; often the best way to have a cheap day out in Gouna is to spend it indoors. That being said, if you need a short break full of pricey but worthy temptations in a low-key, sunny and breezy town, then head straight to Gouna.

For more information on Gouna, check its official website or call the hotline on 16444.