Baghdad–The head of a Sunni-backed political party will join the Shiite-led government being assembled by his top rival, according to a spokeswoman, clearing a final hurdle to end months of tortuous, postelection deal-making.

The breakthrough late Tuesday cements what the Obama administration has been pushing for as US troops prepare to leave Iraq by the end of 2011: an inclusive government that distributes power among Sunnis, Shiites and Kurds to forge stability after over seven years of war.

As part of the deal, Iyad Allawi will join Prime Minister Nuri al-Maliki’s government as head of a newly created council to oversee security and foreign-policy issues. The two rivals will make the same annual salary, believed to be at least US$360,000.

Parliament still must decide how much power to give the new council.

Allawi, a former premier, had held out for months, insisting that he or one of his allies should be the next prime minister since his secular Iraqiya party narrowly won more seats than any other alliance in the March parliamentary election. He had long said he would refuse to join a government led by Maliki, a Shiite whom many Sunni Muslims view with suspicion.

But after what appeared to be a warm 90-minute meeting between the two Tuesday, Iraqiya spokeswoman Maysoun al-Damlouji said Allawi expected to have broad powers as head of the National Council for Strategic Policies. The 20-member body will serve as a counterbalance to Maliki’s major security and foreign-policy decisions.

The detente came after intense lobbying by Vice President Joe Biden and two US ambassadors. It was one of the last major hurdles Iraq’s leaders wanted to clear before announcing the nation’s new leaders within a constitutionally required negotiation period that ends 25 December.

Aides said Maliki was now expected to formally announce the new government on 23 December. Parliament must then approve the Cabinet.

Allawi did not confirm that he had accepted a post in Maliki’s cabinet when briefing reporters after the discussion, which he described as “a positive, fruitful meeting” where strategic affairs and Iraq’s security were the top topics.

“We reached a joint vision,” Allawi said of his former rival. “Each of us has an experience that complements the other.” Maliki said the meeting focused on building a strong Iraq.“There are great challenges and we have the ability to confront all these challenges,” he said.

Under the deal, 80 percent of the new council must approve the policies it will oversee, according to a second Allawi aide who spoke on condition of anonymity. Parliament will meet Saturday to discuss the creation of the new council and its powers.

Last month, Allawi told CNN that he would not take part in Maliki’s government and described the power-sharing deal as dead. His comments came after Maliki cobbled together enough support from Shiite allies, including Iranian-influenced religious hardliners, to remain as premier even though his party fell short of winning the 7 March vote.

In Washington, State Department spokesman Mark Toner cautiously applauded the breakthrough in an ever-fluid political atmosphere where past deals have broken apart. “This appears to be a positive development,” Toner said.

“We welcome the Iraqiya statement on Iyad Allawi’s willingness to join the coalition government, but clearly the process is ongoing. Our objective remains the same–to see a credible Iraqi-led process that results in a government that reflects the results of the election.”

The election’s failure to yield a clear winner threw Iraq into political chaos and stoked Sunni insurgents’ hopes that they could use violence to return the country to the brink of civil war. By all accounts, the back-room negotiating has been a politically painful and laborious process, with tensions between Allawi and Maliki so sour that a fellow lawmaker was taken aback by the warmth of Tuesday’s meeting.

“I was happy and surprised at the harmony and the understanding in the meeting,” said Shiite lawmaker and former Prime Minister Ibrahim al-Jaafari, who attended the discussion. 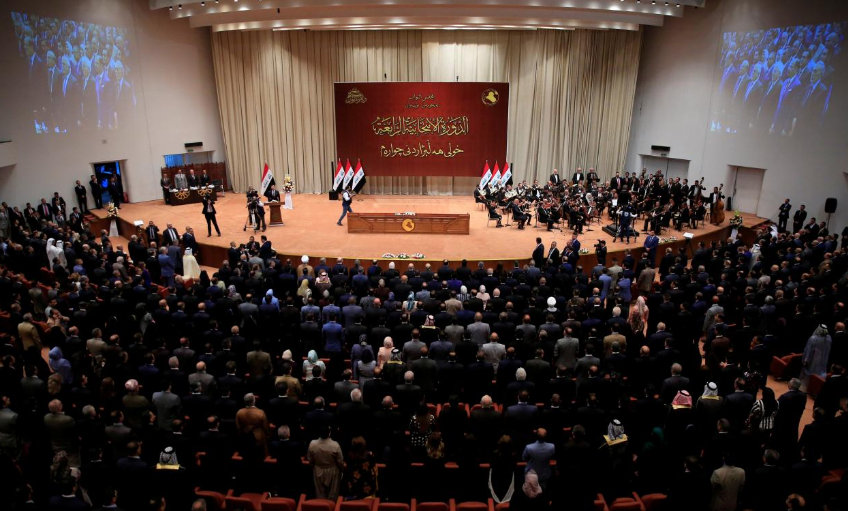 Deadlocked Iraqi lawmakers put off next meeting until Sept. 15 Maliki says Abadi’s appointment as Iraqi PM ‘has no value’