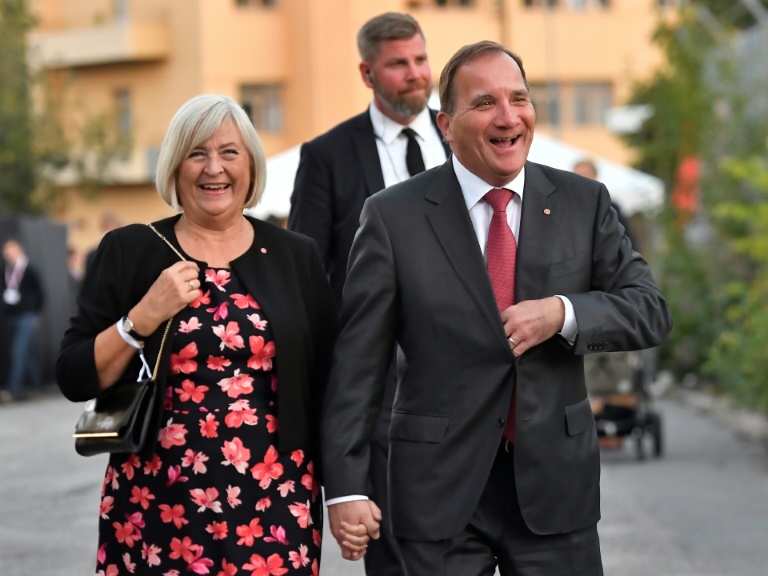 Sweden is headed for a period of uncertainty after legislative elections saw the far-right make gains, raising three questions: Who won? Who will govern? And with whom?

The prime minister is usually the leader of the party with the most votes, but Sweden’s fragmented political landscape after Sunday’s election makes it impossible to guess who will form the next government.

As expected, neither the center-left nor the center-right bloc obtained a majority, and the far-right Sweden Democrats solidified their position as the country’s third-biggest party, albeit with a lower score than they had expected.

There are few other alternatives to form a government: “They’ll need a lot of imagination,” daily Svenska Dagbladet wrote.

“However the dramatic bloc battle plays out, it looks like it will be difficult for Sweden to have a functioning government,” daily paper of reference Dagens Nyheter wrote in an editorial.

But the Social Democrats won 28.4 percent of votes, down 2.8 points from the 2014 elections, their worst score in a century.

Acknowledging the parliamentary deadlock, he extended an invitation to the opposition.

“This election marks the death of bloc politics. We need a cross-bloc cooperation,” he told his party supporters.

But the four-party Alliance rejected his invite, calling on Lofven to step down and make way for them to build a government.

“This government has had its chance. It has to resign,” Alliance opposition leader Ulf Kristersson told his conservative Moderate party supporters.

Lofven is seeking a new four-year mandate but with whom could he govern? He has categorically ruled out any cooperation with the far-right.

He could try to build the same government he formed in 2014: a minority coalition with the Greens, that relies on the informal support in parliament of the ex-communist Left Party.

But it would then be under constant threat from the Sweden Democrats, ready to block any attempt to pass legislation and topple it at the first opportunity, such as the autumn budget bill.

Lofven could also extend an invitation to the Centre and Liberal parties to join the negotiating table.

“If the red-green bloc is bigger, the Centre and the Liberals hold the key and not Jimmie Akesson,” Mikael Gilliam, political science professor at the University of Gothenburg, told Swedish public radio.

With one major caveat: the Centre and Liberals are members of the Alliance, together with the Moderates and Christian Democrats.

Despite their differences, notably on immigration policy, the Alliance parties that ruled Sweden from 2006 to 2014 have agreed to form a government together.

But that is no easy task.

The Alliance would need the far-right’s support to obtain a majority in parliament, and would have to either make policy concessions in exchange for the Sweden Democrats’ support or offer key positions on parliamentary committees that draft legislation.

“Such a government would be dependent on the Sweden Democrats’ support and it wouldn’t come without a cost,” Lisa Pelling, chief analyst at progressive think-tank Arena Ide, told AFP.

To avoid that situation, Kristersson appears to favour some form of broad cross-bloc cooperation with the Social Democrats.

In the past four-year mandate, the two have signed 26 deals to pass legislation, notably on immigration, energy and the climate.

“This is a very uncertain situation. Only 30,000 votes separate the two blocs and 200,000 more votes from abroad are to be counted on Wednesday,” said David Ahlin, opinions chief at the market research company Ipsos.

“The most likely situation will be that the Alliance will form a coalition together and try to seek cross-bloc support,” Ahlin added.

After winning 17.6 percent of votes — up by nearly five percent since the previous election — Sweden Democrats leader Jimmie Akesson gave Kristersson an ultimatum.

“Who do you want to negotiate with, Stefan Lofven or Jimmie Akesson?” he asked at an election night party on Sunday.

“We are ready to take our responsibilities,” he insisted.