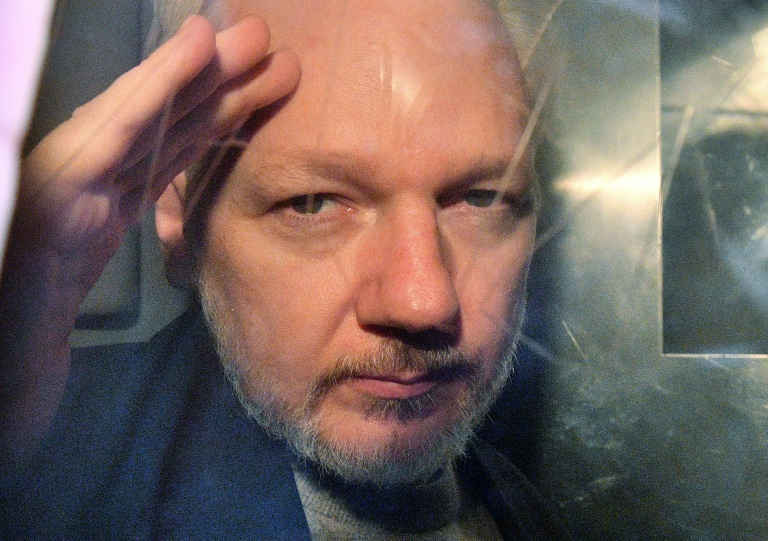 A Swedish court will hear arguments on Monday to decide whether prosecutors can proceed to request Julian Assange’s extradition from the UK, after a 2010 rape probe was re-opened in May.

Swedish deputy director of public prosecutions Eva-Marie Persson filed a request with the Uppsala District Court to have Julian Assange arraigned in his absence on May 20.

Detaining someone in their absence is a standard part of Swedish legal procedure if a suspect is outside the country or cannot be located.

The Australian whistleblower, who holed himself up in the Ecuadoran embassy in London for seven years to avoid a British extradition order to Sweden, was arrested by British police on April 11 after Ecuador gave him up.

He was subsequently sentenced to 50 weeks in prison for breaching bail conditions when he took refuge in the embassy.

Following his arrest Swedish authorities reopened a 2010 rape investigation, which had been closed in 2017 with the argument that as Assange could not be reached it was not possible to proceed with the probe.

Sweden’s prosecution authority did not want to comment on the likelihood of the court granting the request for a detention order.

However, in 2010, when Sweden’s then director of public prosecutions Marianne Ny requested Assange’s detention from Stockholm’s district court, a detention order was issued.

Although at that time the investigation also included three cases of sexual harassment and unlawful coercion, all have since reached their statute of limitations.

If the Uppsala court also grants the prosecutor’s request, Eva-Marie Persson has made clear she intends to issue a European Arrest Warrant “concerning surrender to Sweden”.

Such a request will, however, have to compete with an extradition request from the United States, where he is facing a total of 18 charges, most of which relate to obtaining and disseminating classified information over the publishing of military documents and diplomatic cables through the website WikiLeaks.

“In the event of a conflict between a European Arrest Warrant and a request for extradition from the US, UK authorities will decide on the order of priority. The outcome of this process is impossible to predict,” Persson said when the request to issue a detention order was made.

The decision of whether to extradite him to the United States or Sweden would rest with the UK interior ministry.

On Thursday, a scheduled hearing on the US extradition request in London was pushed forward with chief magistrate Emma Arbuthnot referring to Assange was “not very well,” and stating that the next hearing could be held at Belmarsh prison, where Assange is serving his sentence.

The day before WikiLeaks expressed “grave concerns” over the condition of the organization’s founder and said he had been moved to the prison’s health ward.

“During the seven weeks in Belmarsh his health has continued to deteriorate and he has dramatically lost weight,” WikiLeaks said in a statement.

Earlier in the week Assange’s Swedish lawyer, Per E Samuelson, also unsuccessfully requested the Uppsala District Court to postpone the Swedish hearing, citing difficulties he had preparing the case with his client.

Samuelson told AFP that he had met with Assange in Belmarsh’s health ward on May 24, but had been unable to discuss the case properly since “it was difficult to have a normal conversation with him”.

The United Nations special rapporteur on torture and other cruel, inhuman or degrading treatment, Nils Melzer, on Friday said the drawn out different legal processes against Assange amounted to “psychological torture”.

Image: AFP/File / Daniel LEAL-OLIVAS Any Swedish request for Assange will have to compete with an extradition request from the United States, where he is facing charges relating to obtaining and disseminating classified information via the WikiLeaks cables