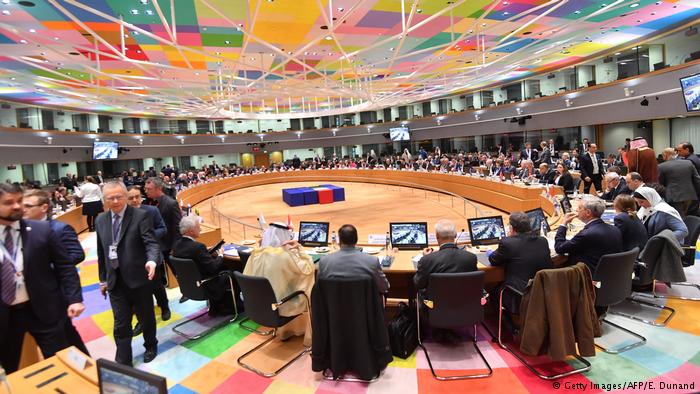 International donors are on track to raise close to €6.2 billion ($7 billion) in aid for Syria and those fleeing the eight-year conflict in 2019, exceeding expectations, according to the United Nations.

More than half of that money is earmarked for refugees languishing in neighboring countries while the conflict continues and Europe remains divided on contributing to reconstruction.

The European Union alone offered €2.01 billion ($2.21 billion). But that figure includes some €1.5 billion ($1.7 billion) in funds already promised to Turkish President Recep Tayyip Erdogan in 2015 for refugees already in Turkey.

Germany became the second largest donor in the region after a pledge of almost €1.5 billion over the next three years. Germany’s Development Minister Gerd Müller said the plight of children was particularly important, with half of all refugees under the age of 18.

The UN said prior to the conference that close to €3 billion would be needed to meet Syria’s internal aid needs and almost €5 billion for neighboring countries.

Crisis far from over

The conference also aimed to restart efforts to find a political resolution to the conflict.

Despite Syrian President Bashar Assad’s government making significant gains with Russia’s support and recent claims that the “Islamic State” (IS) was almost defeated, experts warned the conflict was far from over.

Some 80 percent of people inside Syria live in extreme poverty. Refugees in neighboring countries have experienced some pressure to return despite fears of violence, conscription or prison.

Difficult questions of if, when and how to begin with reconstruction were also raised with some arguing basic relief work was needed to make Syria livable for those who remain.

Complicating those questions were European divisions over whether reconstruction would involve the Syrian president, and how aid might get around existing sanctions on his regime. The EU refuses to help rebuild Syria until a political settlement has been reached.

No Syrian government or opposition representatives were invited to the event but civil society groups voiced concerns over pressure from donor countries for refugees to return.