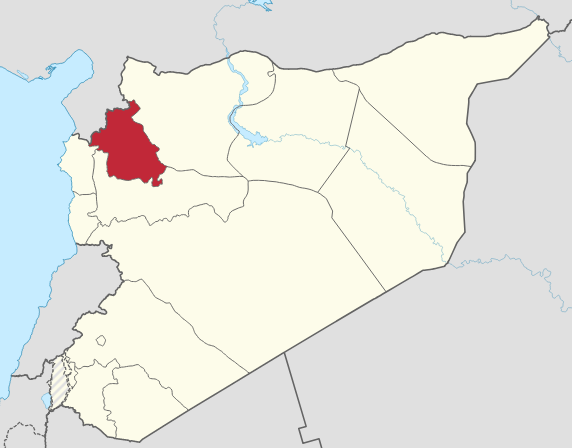 AMMAN (Reuters) – At least 12 people were killed and scores wounded on Tuesday in aerial strikes believed to have been carried out by the Syrian air force on a popular market in a village in opposition-held northwestern Syria, rescuers and residents said.

Residents and rescuers said bombs dropped on Maar Shoreen village in southern Idlib province by planes which monitors said were Syrian army jets left a trail of death and destruction and wounded scores in a main street of the village’s market.

Videos released on social media by activists purportedly showed footage of charred bodies lying on the streets alongside badly burnt people being carried by rescuers. Reuters was unable immediately to independently verify the footage.

Hundreds of civilians have been killed since a Russian-led assault on the last rebel bastion in northwestern Syria began nearly two months ago, rights groups and rescuers said.

The Russian defense ministry denies it targets civilians and Syrian state media said the army on Tuesday launched strikes on al Qaeda militants in the vicinity of Maar Shoreen, destroying their bases and killing scores of “terrorists”.

The Syrian Network for Human Rights (SNHR), which monitors casualties and briefs various United Nations agencies, said in its latest report that the Russian-Syrian alliance had targeted 31 civil defense facilities, 37 medical centers and 81 schools in 11 weeks of relentless bombing.

It said 606 civilians were killed, including 157 children.

Russian jets joined the Syrian army on April 26 in attacking parts of rebel-held Idlib province and adjoining northern Hama province in the biggest escalation in the war between Syrian President Bashar al Assad and his enemies since last summer.

Residents and rescuers say the campaign has left dozens of villages and towns in ruins. According to the United Nations, at least 330,000 people have been forced to leave their homes for the safety of areas closer to the border with Turkey.