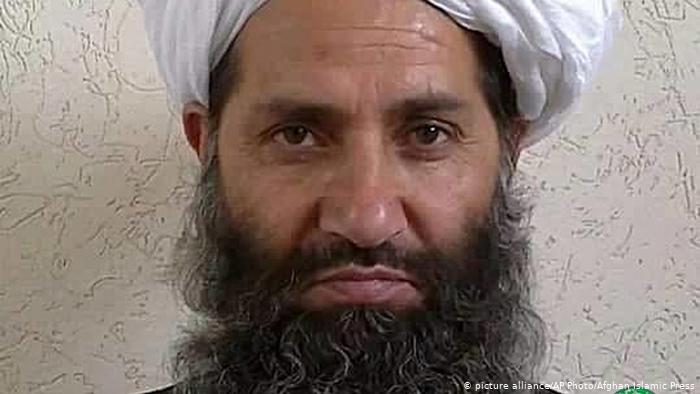 Taliban leader Haibatullah Akhundzada has declared that an end to the fighting in Afghanistan was not imminent, just as a US envoy was heading to the region on a peace mission.

“No one should expect us to pour cold water on the heated battlefronts of jihad or forget our 40-year sacrifices before reaching our objectives,” Akhundzada said.

Read more: Taliban want US, NATO out of Afghanistan

He added that any foreign threat would be “condemned to defeat.”

Akhundzada has led the militant group since his predecessor, Akhtar Mansour, was killed by a US drone strike in 2016.

Nevertheless, he also said Islamist insurgents would engage with the US ahead of the seventh round of peace talks.

Zalmay Khalilzad, the Afghan-born US diplomat who is on an assignment to bring the fighting to an end, left Washington on Friday. As part of his 17-day-trip, he will be in Afghanistan to meet representatives of civil society and women’s rights groups. In addition, he will take part in talks with officials in Qatar, Pakistan, Germany, Belgium and the United Arab Emirates.

Khalilzad will meet with Taliban representatives in Doha, Qatar’s capital, in an effort “to move the peace process forward,” the US State Department said. Both sides are seeking a breakthrough with the principle obstacle to progress being the Taliban’s refusal to cooperate with Afghan President Ashraf Ghani.

Previously, Ghani had asked for a ceasefire at the start of Ramadan, but the Taliban rejected the proposal.

Every evening, DW sends out a selection of the day’s news and features. Sign up here.