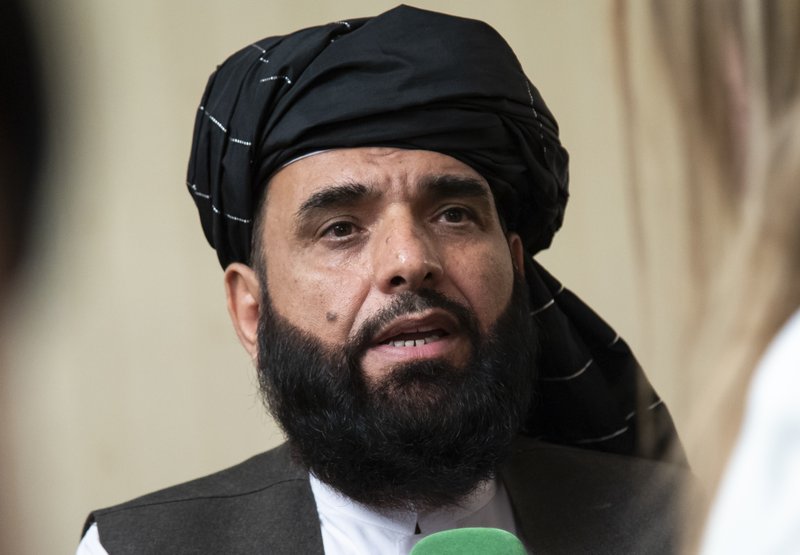 ISLAMABAD (AP) — The Taliban say they are ready for talks with Afghanistan’s political leadership after the Muslim holiday of Eid al-Adha at the end of July, offering to hand over the last of the government prisoners in a week’s time, providing the government frees the last of its Taliban prisoners.

The offer made by Taliban’s political spokesman Suhail Shaheen in a tweet late Thursday follows one of the most significant shakeups in the Taliban in years. The group appointed the son of the movement’s fearsome founder to head its military wing and powerful leadership council members to its negotiation team.

In Kabul on Friday, the High Council for National Reconciliation, which was created in May to manage peace efforts with the Taliban, said it was still working through the Taliban’s prisoner list.

Javed Faisal, spokesman for the Afghan national security adviser’s office, previously said nearly 600 Taliban prisoners whose release is being sought have been convicted of serious crimes. The government is reluctant to set them free, he said.

It seemed unlikely the government would free the remaining Taliban prisoners before the Muslim holiday.

The release of 5,000 Taliban prisoners held by the government and 1,000 government personnel and security officials in Taliban custody is laid out in a US deal with the Taliban aimed at ending Afghanistan’s relentless wars.

According to the deal, the prisoner exchange is to take place ahead of talks between Kabul and the Taliban, seen as perhaps the most critical part of the deal.

Shaheen’s tweet was the first offer at a timeline for the negotiations, however he demanded the prisoner release be completed first and refused any substitutes to the list of prisoners submitted by the Taliban.

Kabul has offered to free alternative Taliban members they have in custody and who they say have not been convicted of serious crimes. The Taliban have refused.

The government’s national reconciliation council membership has yet to be decided. It is being led by Abdullah Abdullah, a candidate in last year’s presidential election who disputed the results and had for a time declared himself president. He was appointed to head the reconciliation efforts to break the political deadlock over the election, which had frustrated Washington’s efforts to get intra-Afghan negotiations off the ground.

Meanwhile, in the Qatar capital of Doha, where the Taliban maintain a political office, the religious movement has finalized its 20-member negotiating team, which includes 13 members of the Taliban’s leadership council.

Taliban officials who spoke previously said the strength of the team means it can make decisions on behalf of the movement.

The Taliban team is also led by one of the founders of the movement, Mullah Abdul Ghani Baradar, who spent eight years in a jail in Pakistan after he attempted to open peace talks in 2010 with President Hamid Karzai.

Baradar’s independent peace overtures were apparently made without either Pakistan’s or the United States’ prior approval, according to Karzai. Karzai has said he twice asked Islamabad and Washington to free Baradar. He was rejected both times, he said.

Now, however, Baradar speaks on the phone with US Secretary of State Mike Pompeo and was the leading negotiator in talks with US peace envoy Zalmay Khalilzad, which resulted in a peace deal between the Taliban and the US. It was touted as Afghanistan’s best chance at peace in decades when it was signed Feb. 29. However, it has been bogged down over the release of prisoners.

Image: In this May 28, 2019 file photo, Suhail Shaheen, spokesman for the Taliban’s political office in Doha, speaks to the media in Moscow, Russia. The Taliban say they are ready for talks with Afghanistan’s political leadership after the Muslim holiday of Eid ul Adha at the end of July 2020, offering to hand over the last of the government prisoners in a week’s time, providing the government frees the last of its Taliban prisoners. The offer made by Shaheen in a tweet late Thursday, July 23, 2020 follows one of the most significant shakeups in the Taliban in years. (AP Photo/Alexander Zemlianichenko, File)

US envoy forges ahead with troubled Taliban peace deal