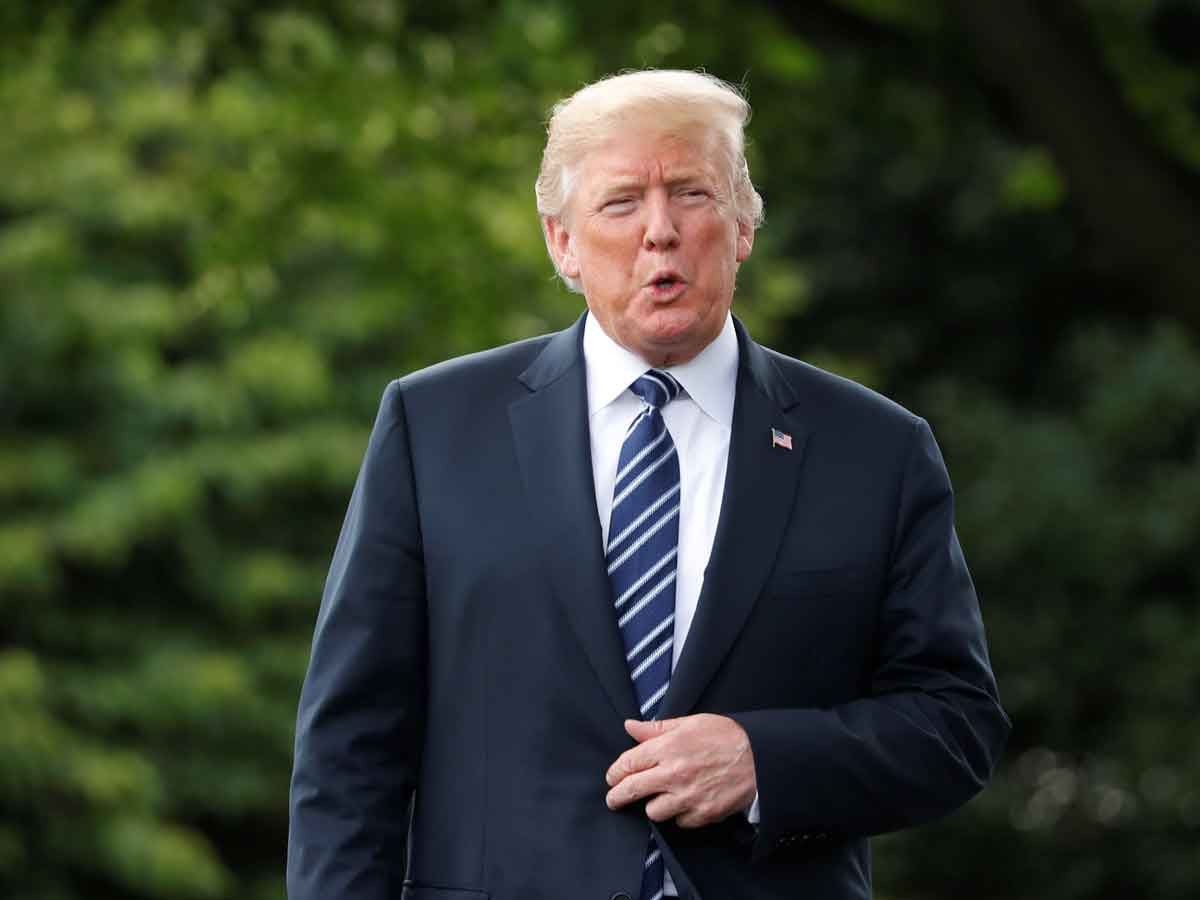 The White House on Monday threatened to strike back at critics of President Donald Trump’s contacts with Russia by revoking the security clearances of six former US officials, drawing accusations that he was abusing his power and aiming to stifle dissent.

Trump has targeted the former US intelligence and law enforcement officials, White House spokeswoman Sarah Sanders said, because they have “politicized and in some cases monetized their public service and security clearances, making baseless accusations of improper contact with Russia or being influenced by Russia.”

Among them is John Brennan, who headed the CIA under Trump’s predecessor Barack Obama and was one of the most vocal critics of Trump’s performance at his summit last week with Russian President Vladimir Putin in Helsinki. After Trump gave credence to Putin’s denial of meddling in the 2016 US election despite findings by the US intelligence community, Brennan called the Republican president’s remarks “nothing short of treasonous.”

“An enemies list is ugly, undemocratic and un-American. Is there no length Trump will not go to stifle opposition?” asked US Representative Adam Schiff, the top Democrat on the House Intelligence Committee.

Sanders, who said Trump is “exploring the mechanisms” to remove the security clearances, made reference to Brennan’s treason comment in explaining the president’s threat. Asked if Trump was punishing the former officials because of their criticism, Sanders said, “No, I think you are creating your own story there.”

Trump came under criticism after Helsinki, including from many fellow Republicans. One of the few who publicly sided with him last week, Senator Rand Paul, said he met with Trump on Monday and asked him to revoke Brennan’s security clearance.

Many former US officials retain security clearances after leaving government service because they continue to advise their former agencies or because it is a condition of employment as government contractors or consultants. Stripping the clearances also would represent a public rebuke of the officials and sever a connection with the intelligence community.

“Clearances are taken away for security violations, usually after an investigation,” former deputy CIA director John McLaughlin said on Twitter. “These people do not talk classified publicly. It would be political punishment infringing on first amendment rights. It’s something Putin would do.”

Some of targeted officials appeared to no longer have security clearances. Comey, who Trump fired as FBI director last year, has said he does not have one, his friend Benjamin Wittes said on Twitter. Comey has become a prominent critic, calling Trump “morally unfit to be president.”

“There is a formal process for doing this, but you know I guess legally the president has that prerogative,” Clapper said on CNN. “He can suspend or revoke clearances as he sees fit, and if he chooses to do it for political reasons, well I think that’s a terrible precedent. And it’s a very sad commentary. And it’s an abuse of the system.”

Hayden, a former director of the CIA and National Security Agency and a retired four-star Air Force general, said he was unbowed.

“I don’t go back for classified briefings,” he wrote on Twitter. “Won’t have any effect on what I say or write.”

Rice was former President Barack Obama’s national security adviser. McCabe, who as the former No. 2 FBI official was involved in the agency’s investigation of Russia’s role in the 2016 US election, was fired by Attorney General Jeff Sessions in March.

A spokeswoman for McCabe, Melissa Schwartz, wrote on Twitter his security clearance was deactivated when he was terminated, according to what they were told was FBI policy.

Robert Mueller, the special counsel appointed by the Justice Department after Comey’s firing, is investigating Russia’s role in the 2016 election and whether Trump’s campaign collided with Moscow. Trump has called the probe a witch hunt and denied collusion.

Both the CIA and the Office of the Director of National Intelligence, which oversees all US intelligence agencies, said they had no comment on Trump’s threat.

Some Democrats criticized the proposal as a deflection tactic to change the conversation around what Trump may have agreed with Putin in their two-hour, one-on-one meeting.

“This is absolute nonsense, and we shouldn’t fall for it,” said Rachel Cohen, spokeswoman for Senator Mark Warner, the senior Democrat on the Senate Intelligence Committee.

Democratic Senator Mazie Hirono was one of the fiercest critics, writing on Twitter, “This is what totalitarianism looks like.”

Trump tweets it looks like his campaign spied upon illegally