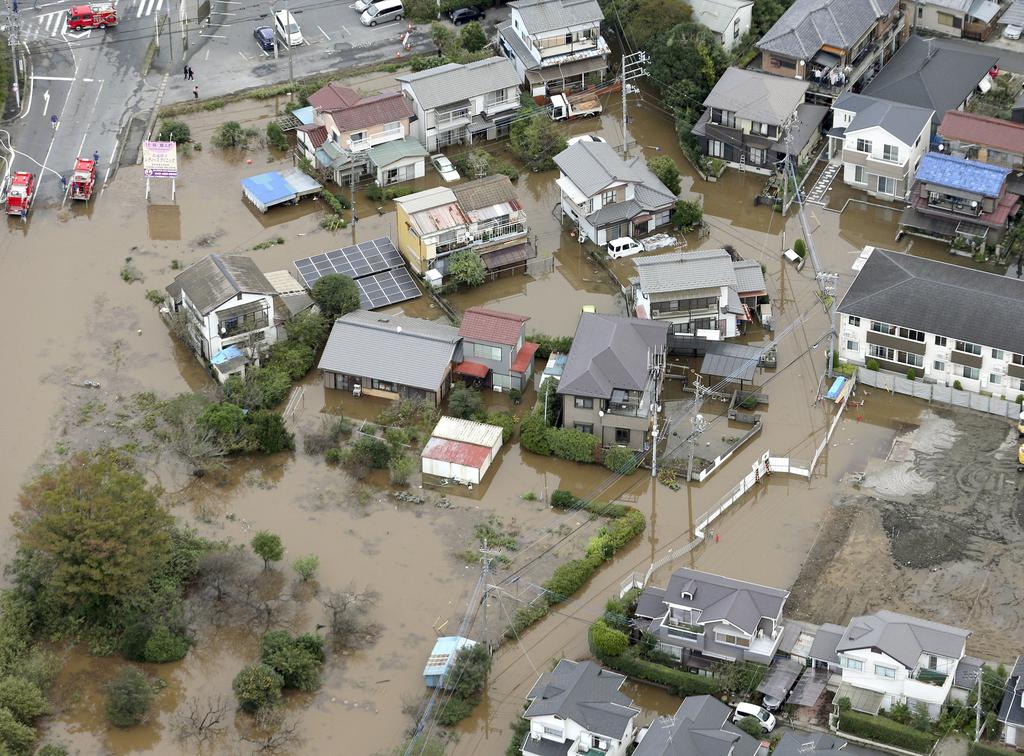 TOKYO (Reuters) – The death toll from torrential rains that caused flooding and mudslides in Japan climbed to 10 on Saturday, with three others missing, public broadcaster NHK reported, just two weeks after the region was hit by a powerful typhoon.

Landslides ripped through waterlogged areas in Chiba and Fukushima prefectures, in eastern and northeastern Japan, on Friday. In some places, a month’s worth of rain fell in just half a day.

Evacuation orders and advisories were issued along much of the northern corridor already hit by two typhoons since last month. The city of Ushiku in Chiba received 283.5 mm (11 inches) of rain over 12 hours.

Although the storm had moved away from Japan by Saturday, hundreds of residents were still in evacuation centers and some rail and bus services remained suspended.

Some roads were closed and about 4,700 households were still without water in the city of Kamogawa, Chiba, the public broadcaster said.

Smartphone screen maker Japan Display Inc said it had suspended production at its Mobara factory in Chiba on Saturday, due to a partial blackout.

Authorities warned of the chance of further landslides and floods, especially in areas where levees remained broken after Typhoon Hagibis.

That typhoon killed at least 88 people, with seven others still missing and more than 300 injured, according to NHK.

Image: A flooded residential area after a heavy rain is seen in Sakura, Chiba prefecture, east of Tokyo, Japan, October 26, 2019, in this photo released by Kyodo. Mandatory credit Kyodo/via REUTERS