Egyptian authorities postponed the international tender for the construction of the first nuclear power plant in Egypt–planned for January–due to unrest, reported Al-Ahram newspaper on Saturday.

"It has been decided to postpone the international tender for the construction of the first nuclear power plant until the stabilization of the situation in the country," Al-Ahram said.

Al-Ahram added that the tender has been delayed in order to guarantee that the greatest number of companies take part and to create real competition.

In August, Egyptian authorities decided to build the first power plant on the Mediterranean coast at Al-Dabaa in order to meet the growing rates of electricity consumption in Egypt.

In 2007, then-President Hosni Mubarak announced that four civil nuclear power stations would be built in Egypt under the supervision of the International Atomic Energy Agency, relaunching a national nuclear programme that had frozen in 1986 after the Chernobyl disaster in the Ukraine.

The Supreme Council of the Armed Forces has been running the country since Mubarak's resignation on February 11. 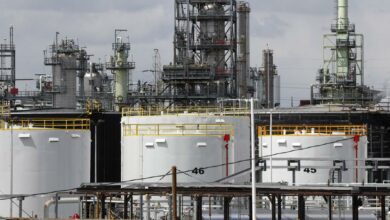