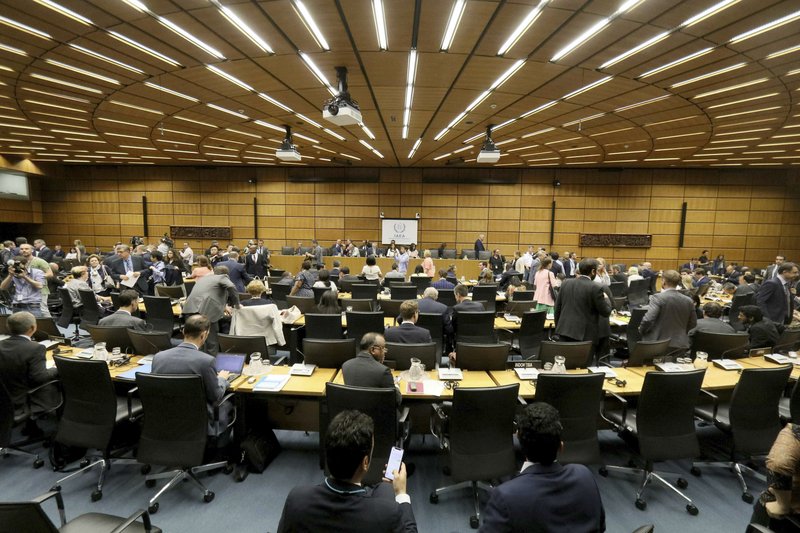 DUBAI, United Arab Emirates (AP) — The Latest on the tensions between the United States and Iran (all times local):

Iran’s Revolutionary Guard has denied British allegations of a confrontation in the Strait of Hormuz, saying if it had received orders to seize any ships it would have executed them immediately.

The semi-official Fars news agency carried a statement from the Guard’s navy early Thursday saying “there were no clashes with alien boats, especially English boats.”

Britain says three Iranian vessels unsuccessfully tried to impede the passage of a British commercial vessel through the Strait of Hormuz and only turned away after receiving “verbal warnings” from a UK navy vessel.

Last week, authorities in Gibraltar intercepted an Iranian supertanker that was believed to be breaching European Union sanctions by carrying a shipment of Tehran’s crude oil to Syria. Tehran had warned of repercussions.

The tanker’s detention comes at a particularly sensitive time as tensions between the U.S. and Iran grow over the unraveling of a 2015 nuclear deal, which President Trump withdrew from last year.

Britain says three Iranian vessels unsuccessfully tried to impede the passage of a British commercial vessel through the Strait of Hormuz.

The British government said in a statement Thursday that the Iranian vessels only turned away after receiving “verbal warnings” from a UK navy vessel accompanying the commercial vessel British Heritage.

The statement says “we are concerned by this action and continue to urge the Iranian authorities to de-escalate the situation in the region.”

It marked the latest escalation of tensions in the Persian Gulf over the 2015 nuclear deal between Iran and world powers, which the Trump administration abandoned last year.

Authorities in Gibraltar seized an Iranian supertanker last week for allegedly trying to breach Western sanctions on oil shipments to Syria. Tehran had warned there would be repercussions.

The Latest: Iran says US sanctions are ‘warfare’