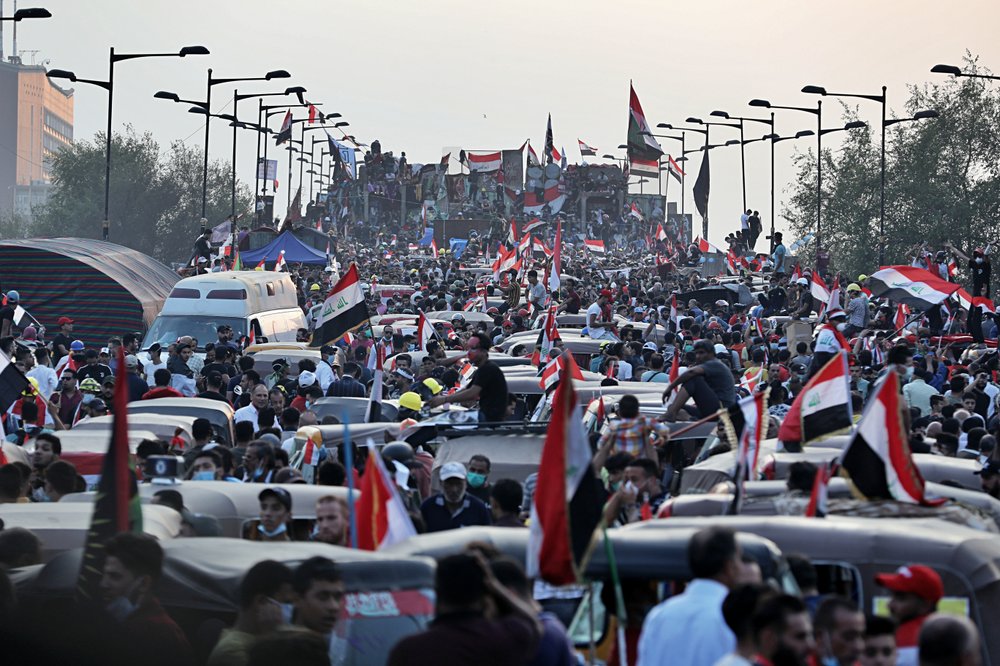 BAGHDAD (AP) — Iraqi security officials say three protesters were killed and 19 were wounded during an attack the previous night on the Iranian Consulate in the Shia holy city of Karbala in southern Iraq.

The officials spoke on condition of anonymity in line with regulations on Monday. They say seven policemen were also wounded.

Dozens of Iraqi protesters attacked the consulate, scaling the concrete barriers ringing the building to bring down the Iranian flag and replace it with the Iraqi flag. The protesters also lobbed molotov cocktails into the consulate grounds, setting off fires.

More than 250 people have been killed so far.

Iraqis pour into streets for biggest protest day since Saddam