Facebook Twitter LinkedIn
Two-year-olds who can say more phrases tend to have better math and language skills and fewer behavioral problems when it’s time for them to start kindergarten, according to a new study.
“Certain groups of populations at 24 months are more likely to show lower levels of vocabulary, and helping those kids who may be at risk is important,” said lead author Paul L. Morgan of The Pennsylvania State University in University Park.
“Having a smaller vocabulary even at this young age is predictive of lower kindergarten readiness,” Morgan told Reuters Health by phone.
The researchers studied almost 9,000 children, asking parents how many of a list of 50 common words the children used when communicating at age two.
They found that those from higher socioeconomic backgrounds (based on their parents’ occupation, level of education and income), female children, and those who had high-quality parenting had a wider range of oral vocabulary.
Children born with low birth weight and those with a mother with health problems had smaller vocabularies at age two.
Three years later, kindergarten teachers rated the children's behavioral self-regulation and frequency of acting out or anxious behavior, and the children were tested on basic reading and math skills.
At kindergarten entry, those who had bigger vocabularies at an early age had higher reading and mathematics achievement and fewer problem behaviors like being disruptive, having temper tantrums or being physically aggressive, the authors reported in Child Development.
Even though the effect was small, it did seem to persist over years of follow-up, which is important, according to Claire Vallotton of Michigan State University in East Lansing, Michigan.
Vallotton was not part of the new study.
“Vocabulary, unlike many other things like occupation, income, socioeconomic status or birthweight, is highly (modifiable),” Morgan said.
Parents have the most influence on a child’s language acquisition from birth, and changing how parents communicate with their children can increase their oral vocabulary, he said.
Frequent storybook reading and capitalizing on informal opportunities to have conversations are both important, Morgan said.
Though this study stopped at kindergarten age, others have linked kindergarten readiness to later achievement, including the odds of getting a college education, having a 401k and owning your own home, he said.
“From a policy standpoint our research is supportive of calls to provide high quality early experiences for children,” Morgan said.
Quality, as well as quantity, is important for early childhood language development, Vallotton told Reuters Health by phone.
Watch what a young child is looking at, and narrate it for them, even starting in infancy, she suggested. Reading storybooks is a good opportunity for this kind of “parallel talk.”
“It’s only when you’re talking about the things that the child is looking at that they learn the words,” she said.
SOURCE: bit.ly/1NrRRxL Child Development, online August 18, 2015.
Tags
behavioral problems kindergarten socioeconomic backgrounds toddlers vocabs 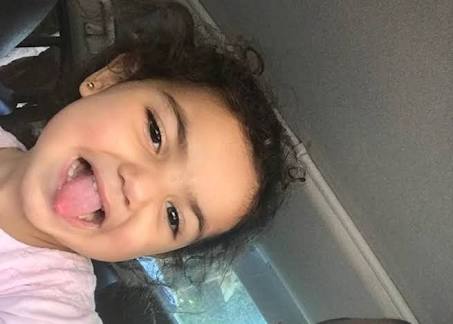