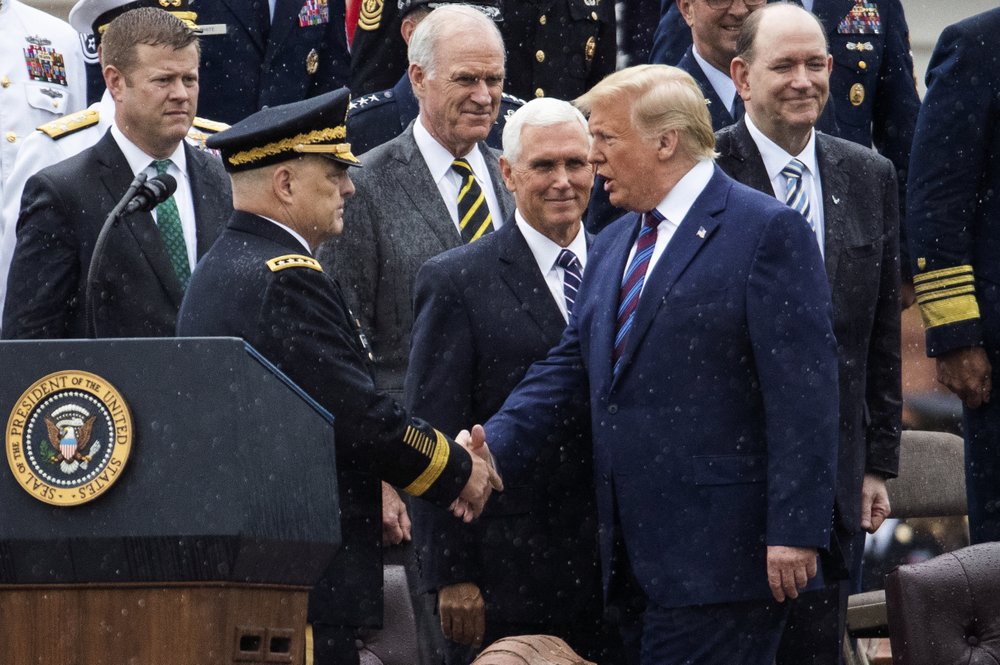 BAGHDAD (Reuters) — The top U.S. general, Mark Milley, arrived in Iraq on Tuesday amid a spate of anti-government protests in the Middle East and questions about how they could impact Iranian influence in the region.

Lebanon has faced five weeks of anti-government protests, fueled by anger at corruption among the sectarian politicians.

As the governments in Iraq and Lebanon struggle with huge waves of popular protest, powerful factions loyal to Iran are pushing to quash political upheaval that challenges Tehran’s entrenched influence in both countries.

Some experts believe that protests in the region, including those in Iran itself, could give the United States an opportunity to reduce Tehran’s regional influence. But they warn they could hurt American interests as well.

“Everybody looking at popular protests in the Middle East has to keep very much in mind that we rarely have an idea where these are going to go,” said Jon Alterman, a Middle East expert at the Center for Strategic and International Studies.

There are more than 5,000 U.S. troops in Iraq supporting local forces, though Iraq has rejected any long-term presence of additional U.S. forces that crossed its border during an American drawdown from northern Syria.

There are also concerns Iran could lash out militarily against U.S. allies in the region to deflect from pressure being built up by protests within Iran.

Iran’s clerical rulers have blamed “thugs” linked to exiles and foreign foes — the United States, Israel and Saudi Arabia — for stirring up unrest that has led to some of the worst violence in the country in a decade.

U.S.-Iran tensions have risen after Sept. 14 strikes on Saudi oil facilities, following attacks on tankers in Gulf waters. Washington has blamed the attacks on Iran, a charge Tehran denies.

“Iran is aggressive in the region against their neighboring states, both overtly and covertly,” Army General Milley, the chairman of the Joint Chiefs of Staff, told reporters this week.

“So will they continue to do that in the future? I don’t know. I would like to say no, but it is certainly possible that they will,” he added.

Milley, who is in the Middle East for the first time since taking the chairman job in September, is meeting with allies in the region. He met with Saudi Crown Prince Mohammed bin Salman on Monday.

The United States has deployed about 3,000 additional military forces to Saudi Arabia in recent months to bolster Saudi defenses, including an air expeditionary wing and air defense personnel.

U.S. and Saudi officials are negotiating burden-sharing arrangements for the American troops in the kingdom, officials said. Riyadh could help pay for things like upgrades to a major air base, fuel and other logistics.

U.S. Defense Secretary Mark Esper said last month that Saudi Arabia had agreed to help underwrite the deployment to the kingdom, something Trump has repeatedly called for.

Egypt's Defense Minister meets with US Under Secretary of Defense