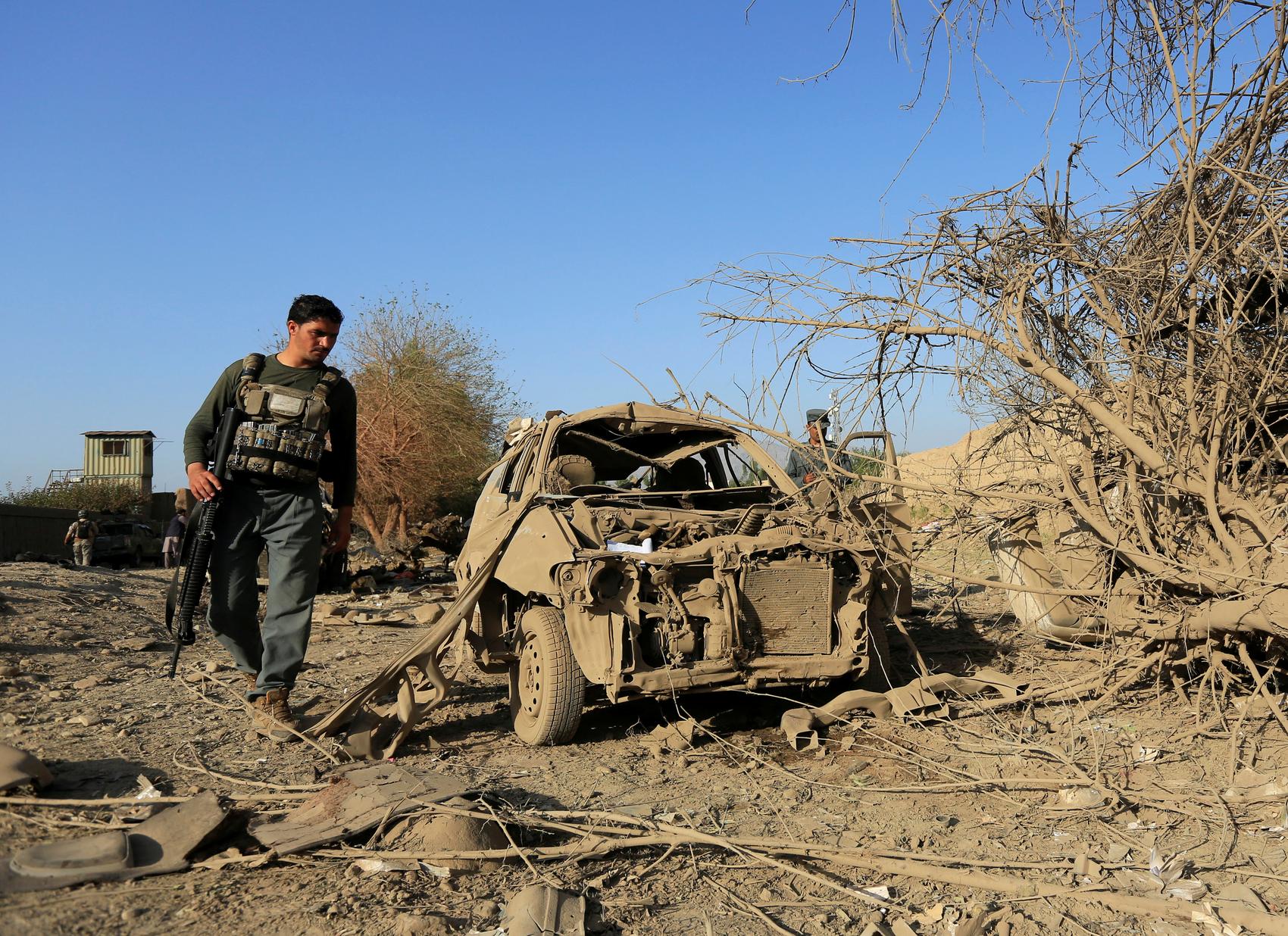 KABUL (Reuters) – Attackers set off a truck bomb in Afghanistan’s eastern Nangarhar province on Saturday, killing at least 15 people and wounding dozens, according to provincial officials, as violence continues in the war-torn nation despite peace talks taking place in Qatar.

Attaullah Khugyani, a spokesman for the provincial government, said the number of casualties, most of whom were civilians, could rise and that dozens of people were also injured by the blast in Ghani Khel district.

No group immediately claimed responsibility for the attack.

Ministry of Interior spokesman Tariq Arian blamed the insurgent Taliban for the attack, saying in the last two weeks they had carried 650 attacks which had killed 69 civilians and wounded 141 people.

The Taliban did not immediately respond to calls requesting comment.

Afghan government negotiators are holding talks with the insurgent Taliban in their political capital of Doha in attempts to end decades of conflict, but calls by the government and international community for a ceasefire or reduction in violence have so far been rejected by the Taliban.

Violence has escalated since a reduction in violence period that led up to the United States signing a troop withdrawal with the group, designed to usher the way to peace negotiations, in February.

The Ministry of Interior also said in a Tweet that Afghan forces had killed a key member of the Taliban and arrested five others on Friday night in northern Balkh province.

Truck bomber kills 11 in Afghanistan despite talks on peace