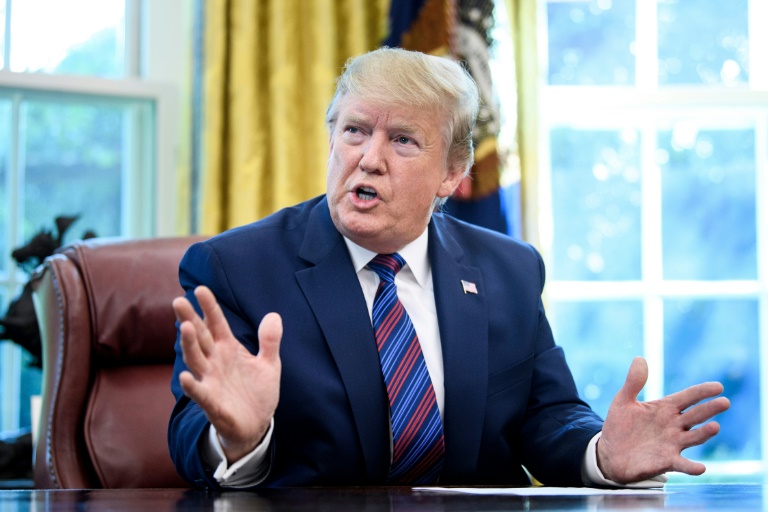 President Donald Trump announced Friday that a “landmark” asylum agreement has been reached with Guatemala, as the United States ratchets up pressure on its southern neighbors to stem the flow of migrants towards its border.

The White House said Guatemala would now be considered a “safe third country,” meaning that US-bound migrants who enter Guatemala would be required to seek asylum there instead.

But the US Department of Homeland Security said the term did not appear in the text agreed on Friday, of which few details were initially known.

Trump said the deal will “provide safety to legitimate asylum seekers and stop asylum fraud” in the region.

“This landmark agreement will put the coyotes and smugglers out of business,” the president said, referring to the “bad people” who have trafficked thousands of migrants through Mexico to the southern US border.

In another immigration-related triumph for Trump, the Supreme Court on Friday issued a ruling allowing the president to proceed with plans to divert $2.5 billion in Pentagon funds toward construction of a border wall with Mexico.

“Big VICTORY on the Wall,” Trump tweeted after the ruling. “Big WIN for Border Security and the Rule of Law!”

The dual victories come as the president prepares for his second run at the White House in 2020. Stopping illegal immigration remains a key priority for the Republican, who won the election in 2016 in part on his pledge to build a border wall.

The asylum agreement with Guatemala comes days after Trump threatened tough retaliation against the small Central American country if it did not sign on to an asylum deal — threatening a travel ban, tariffs, remittance fees or “all of the above.”

Friday’s agreement, signed in the Oval Office by Guatemala’s interior minister, Enrique Degenhart, and US Acting Homeland Security Secretary Kevin McAleenan, would apply to Salvadoran or Honduran migrants passing through Guatemala towards the United States, if not others.

Their asylum claims should now be filed in Guatemala, McAleenan said.

If Central American migrants instead “make a journey all the way to the US border, they would be removable back to Guatemala if they want to seek asylum,” he noted.

The deal is expected to be up and running in August, McAleenan said.

US authorities have recorded a dramatic rise in detentions of migrants over the past year, many of those fleeing chronic poverty and gruesome gang violence in Central America.

Serious questions about the pact remained.

It was not immediately clear how the agreement signed Friday would jibe with a provision of Guatemala’s constitutional court, which recently blocked the idea of a deal making Guatemala a “safe third country” for asylum requests.

McAleenan conceded that the term “is a colloquialism” and is not in the text itself.

A top Democrat assailed the deal as “cruel and immoral,” as well as illegal, arguing that Guatemala lacks sufficient asylum and protection processes.

“Simply put, Guatemala is not a safe country for refugees and asylum seekers, as the law requires,” said House Foreign Affairs Committee chairman Eliot Engel, adding that he expects the “counterproductive” deal to be challenged in the courts.

The non-governmental organization Refugees International called the agreement “very alarming” and said it would put “some of the most vulnerable people in Central America in grave danger” because Guatemala is not safe for refugees and asylum seekers, the group’s president Eric Schwartz said.

McAleenan insisted Guatemala has been undergoing an “evolution” in providing asylum protection.

“Guatemala has had a significant reduction in their murder rate and violent crime rate in the last five years,” he added.

“We expect that to continue.”

Image: AFP / Brendan Smialowski US President Donald Trump announced an asylum agreement with Guatemala days after threatening tariffs on the small Central American country if it did not sign on

US to send asylum seekers back to dangerous part of Mexico