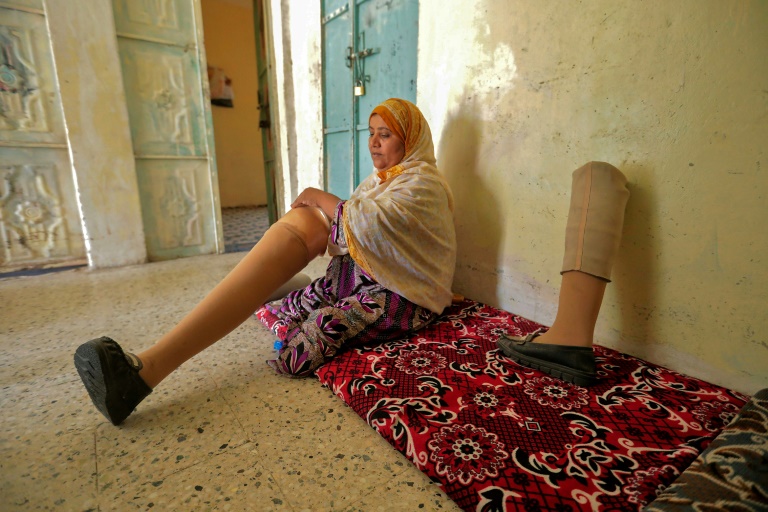 US President Donald Trump’s administration on Friday lifted US restrictions on landmines, saying new technology made them safer, outraging campaigners for the abolition of the explosives that maim thousands of civilians each year.

In the latest reversal of a policy of his predecessor Barack Obama, Trump gave the green light to a new generation of “non-persistent” landmines that can be switched off or destroyed remotely rather than staying active in the ground forever.

“The Department of Defense has determined that restrictions imposed on American forces by the Obama administration’s policy could place them at a severe disadvantage during a conflict against our adversaries,” a White House statement said.

“The president is unwilling to accept this risk to our troops… President Trump is rebuilding our military, and it is stronger than ever.”

Obama in 2014 banned the use of anti-personnel landmines with the exception, under pressure from military planners, of the Korean peninsula where the explosives dot the last Cold War frontier with North Korea.

Obama also ordered the destruction of anti-personnel stockpiles not designed to defend South Korea and said the United States would not cooperate with other nations in developing landmines.

The White House said the US military will now be free to deploy landmines around the world “in exceptional circumstances.”

In rescinding the White House directive, the Trump administration said policy would now be set by the Pentagon, which said it was still prohibiting traditional landmines that cannot be turned off or destroyed remotely.

The new mines are set to self-destruct within 30 days but can be destroyed in as little as two hours if necessary, Vic Mercado, the Pentagon official in charge of the policy, told reporters.

In his estimation, there is only a six in a million chance that the self-destruction system will fail.

Defense Secretary Mark Esper said that the United States took into account the safety of civilians but considered landmines among the “important tools” for the military.

“At the end of day, we want to make sure that we have all the tools in our toolkit that are legally available and effective to ensure our success and to ensure the protection of our soldiers, sailors, airmen, Marines,” he told reporters.

Handicap International, a French-based aid and pressure group for people disabled by conflict, said it was “revolted” by Trump’s decision.

“Trump’s announcement on anti-personnel mines is a death sentence for civilians,” said Anne Hery, the group’s advocacy director. “There are acts of war that are simply outside all rules. Mines belong to that category.”

Representative Jim McGovern, a Democrat active on human rights issues, fired off a letter to the Pentagon voicing alarm at the change.

Any self-destructing mines need to have humans in control, considering that modern battlefields and civilian populations move so quickly, he said.

“I am proud that the United States is no longer a source of injuries and deaths caused by this indiscriminate weapon. The world is better for it,” he wrote.

“I urge you, in the strongest terms possible, not to undo decades of precedent on anti-personnel landmines.”

The Arms Control Association, a Washington-based research and advocacy group, said that “smart” landmines have failed to work and been rejected by all NATO allies of the United States.

“The world has moved on from the use of landmines. The United States should, too,” said Jeff Abramson, a senior fellow at the association.

More than 160 countries, including most of the Western world, are party to the 1999 Ottawa Convention that aims to eliminate anti-personnel mines. Major outliers include the United States, Russia and China, as well as India and Pakistan.

Neither Obama’s nor Trump’s orders affect anti-tank mines, which are not prohibited.

The United States has not deployed anti-personnel mines in any significant way since the 1991 Gulf War.

In 2018, only one country — Myanmar — as well as a small number of non-state armed groups used landmines, according to the Landmine and Cluster Munition Monitor, which researches an annual report for a pressure group.

The study found that 6,897 people worldwide were killed or injured by mines or leftover explosives from war in 2018.

Nearly three-quarters of victims whose identities were known were civilians, and more than half of the civilians were children, it said.

Researchers say that children are especially vulnerable to explosives, which they can mistake for toys.

Image: AFP/File / AHMAD AL-BASHA Jamila Qassem Mahyoub, a Yemeni woman whose legs were amputated after stepping on a landmine while herding her sheep in 2017, holds a prosthetic leg in a house in Yemen’s third city of Taez in March 2019

Around 1,454 kilometers at Al-Alamein now clear of landmines: Egyptian Minister