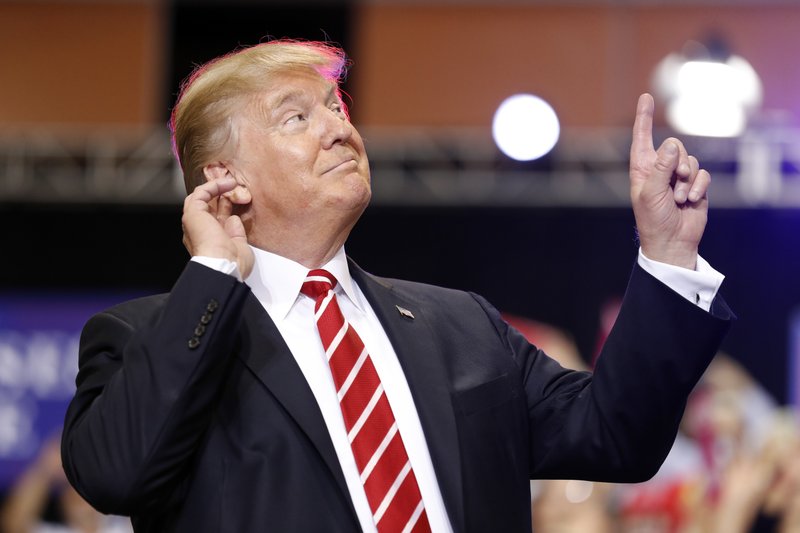 NEW YORK (AP) — President Donald Trump is raising the possibility of starting “our own Worldwide Network” to counter news spread internationally by CNN.

Trump said via Twitter on Monday that CNN “has a powerful voice portraying the United States in an unfair and false way. Something has to be done.”

It wasn’t immediately clear what he meant. The US government already operates Voice of America, which last year reached some 275 million people worldwide with news reports from the United States available on television, radio, online and social media.

CNN had no immediate comment about the new criticism by the president.

The president has frequently criticized CNN and its reporters. His administration recently backed down from its effort to ban reporter Jim Acosta from the White House.

It wasn’t known why he was focusing on CNN’s worldwide reach. CNN International is the most widely distributed television news network overseas, with BBC World News second.

Trump said he wanted a worldwide network “to show the World the way we really are. GREAT!”

The president’s favorite news network, Fox News Channel, is available in nearly 100 countries, although not distributed as widely as CNN. The president has complained about being in hotel rooms abroad and having no alternative to CNN.

Voice of America, which began operating during World War II, is also determined to show the United States as it really is, but not through the prism of any particular political leader.

The agency’s charter, signed into law in 1976, says VOA “will represent America, not any single segment of American society, and will therefore present a balanced and comprehensive projection of significant American thought and institutions.”