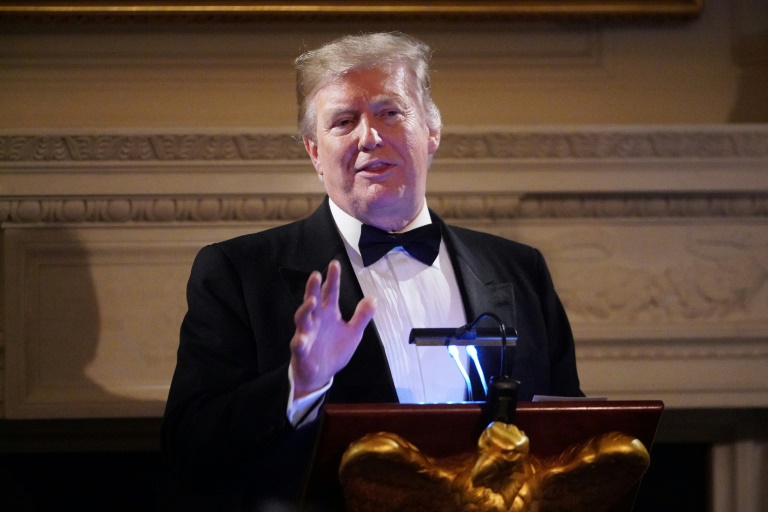 US President Donald Trump has vowed to delay a planned tariff increase on Chinese exports after both sides hailed “substantial progress” in trade talks, raising the prospect of a summit with President Xi Jinping to seal the deal.

Trump said Sunday there could be “very big news” in the next two weeks, and he planned to meet with Xi at the US leader’s Mar-a-Lago resort in Florida if more progress is made.

Top negotiators met in Washington for four days of talks that ended on Sunday in an effort to resolve a months-long trade war that analysts feared could torpedo the global economy.

The United States had been due to increase tariffs on more than $200 billion in Chinese goods on March 1, but Trump said he would now delay the punitive duties following the “very productive talks”.

“I am pleased to report that the US has made substantial progress in our trade talks with China on important structural issues including intellectual property protection, technology transfer, agriculture, services, currency, and many other issues,” Trump wrote on Twitter.

The report said the parties also agreed to “carry out follow-ups in accordance with the instructions of the two heads of state”.

“Assuming both sides make additional progress, we will be planning a Summit for President Xi and myself, at Mar-a-Lago, to conclude an agreement,” Trump tweeted.

“A very good weekend for US & China!”

After exchanging tit-for-tat tariffs on more than $300 billion in total two-way trade, Trump and Xi declared a truce in December and agreed to hold off on further tariffs or retaliation for 90 days.

“If all works well, we’ll have very big news over the next week or two,” Trump told state leaders at the Governors’ Ball in the White House Sunday evening.

Noting the many questions on the state of trade negotiations from governors, Trump added: “China is everywhere.”

“Let’s see what happens. We still have a little ways to go,” he said of a deal.

Trump initiated the trade war, which ate into company profits and contributed to stock market plunges, because of complaints about unfair Chinese trade practices — concerns shared by the European Union, Japan and others.

Shares in Shanghai surged by more than five percent Monday — leading a rally across Asian markets — following Trump’s announcement of a delay in the tariffs increase.

The news also fired currency markets with the yuan extending gains to a seven-month high, while other high-yielding, riskier units were also up against the dollar.

Xi had also struck a positive tone in a letter Liu delivered to Trump on Friday, saying he hoped the negotiations would be held in a “win-win” spirit that would lead to a mutually beneficial agreement.

Analysts say the two sides are likely to trumpet mutual agreements to resolve the easier parts of the trade dispute — increasing purchases of American goods, more open investment in China and tougher protections for intellectual property and proprietary technology.

The harder parts covering issues such as scaling back China’s ambitious industrial strategy for global preeminence, meanwhile, are another question.

“This is clearly not the end of the negotiations, let alone the underlying tension between the two countries,” said Louis Kuijs of Oxford Economics.

Agreement on how to enforce a deal will be hard to achieve, Kuijs noted.

“Underlying tensions on technology, China’s industrial policy and, more broadly, its rise, will not subside any time soon,” he said in a note.

Trump said Friday that an agreement on currency manipulation will be included in the trade pact, but otherwise few details have been made public.

Beijing has reportedly proposed a significant increase in its imports of US energy and agricultural exports. Still, a broader deal could be difficult given the US demands for far-reaching structural changes.

China’s retaliation has hit US farm exports hard. The US Agriculture Department estimated this month that US soy exports would not return to their pre-trade war levels for another six years.

US team in Beijing for trade talks after IMF 'storm' warning

US, China resume trade talks with a chill in the air

China's top trade negotiator arrives in US for talks