Security forces have detained a senior official from the largest party in the suspended Tunisian parliament for the first time since President Kais Saied seized power three months ago, the Ennahda party said on Friday.

“This morning, the Vice-President of Ennahdha party and Member of Parliament, Noureddine Bhiri, was kidnapped by security agents in civilian clothes and taken to an unknown destination,” the party said on Facebook. “During the kidnapping operation, lawyer Ms Saida Al-Akremi, wife of Mr Bhiri, who was with him, was violently assaulted.” The party wrote that the move set a “dangerous precedent” on a path of “tyranny” through an “elimination of political opponents.”

In September of this year, Saied announced decrees that strengthen the powers of his office at the expense of the government and parliament.

This is in stark contrast to the promises he made in 2011, to uphold rights and freedoms won in Tunisia’s revolution that ushered in democracy, triggering the Arab Spring uprisings seen across the region.

He has since announced that he would change the democratic 2014 constitution and pledged to put the changes to a referendum in April.

Ennahda was banned before the 2011 revolution. It has since returned to the political stage and become the most consistently influential party, being a part of successive coalition governments.

As Tunisia’s economy stagnated and its political system ground to a halt in recent years, support for the party has waned. Before the parliament was suspended by Saied, Ennahda  controlled the largest number of seats, but was winning fewer votes than in previous years.

In recent months, several senior politicians and business leaders have been detained or subjected to prosecution, often involving cases of corruption or defamation.

Human rights groups have decried some of those arrests as well as criticizing the use of military courts to hear such cases. 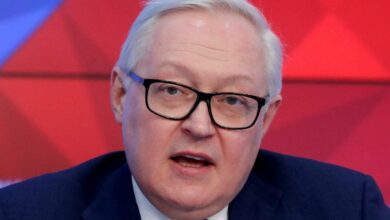