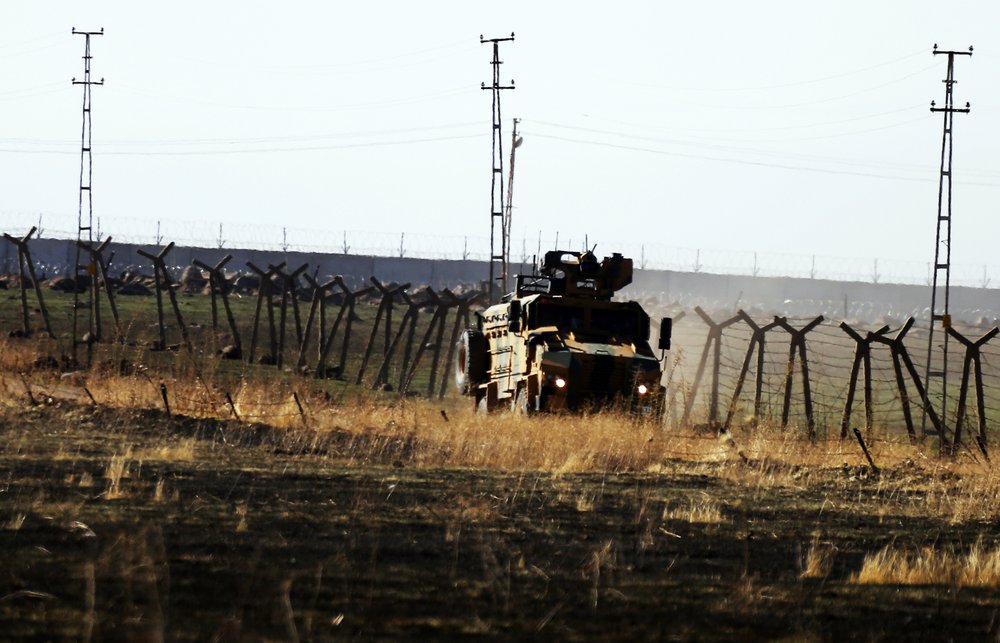 ANKARA, Turkey (AP) — Turkey on Monday deported a U.S. citizen who fought for the Islamic State group as the government began a new push to send back captured foreign fighters to their home countries, a Turkish official said.

A German and a Danish national would also be repatriated later Monday, while seven other German nationals would be returned on Nov. 14, Interior Ministry spokesman Ismail Catakli told Turkey’s state-run Anadolu Agency,

The U.S. and Denmark did not immediately comment on Ankara’s announcement. Germany said it will not refuse entry to its own citizens.

The move comes just over a week after the Turkish interior minister said Turkey was not a “hotel” for IS fighters and criticized Western nations for their reluctance to take back citizens who had joined the ranks of the extremist militant group as it sought to establish a “caliphate” in Iraq and Syria.

While Turkey has quietly deported IS sympathizers for years, it raised the issue more forcefully after Western nations refused to back its invasion of northeastern Syria and its offensive against Syrian Kurdish fighters, whom Ankara considers terrorists linked to Kurdish insurgents fighting inside Turkey. Many countries have voiced concerns that the Turkish incursion would lead to a resurgence of the Islamic State group.

Cataki did not provide further information on the IS suspects being sent home but said they were held in Turkish deportation centers.

“This morning, a foreign terrorist fighter from the United States was deported from Turkey after the procedures at the deportation center were completed,” Anadolu quoted Catakli as saying.

Two Irish nationals, two German nationals and 11 French nationals who were captured in Syria would also be transferred to their countries of origin soon, he added.

Turkey has been accused of enabling the influx of thousands of foreign IS sympathizers into Syria over the years and at the height of the extremist group’s power, the Turkish border crossings were the main route for those hoping to join IS in Syria.

Turkey denies that it enabled foreign fighters to cross into Syria. It later stepped up security at its borders, including profiling possible IS fighters at airports and building a wall along parts of its porous border.

Turkey was hit by a wave of IS attacks in 2015 and 2016, including one by a gunman who opened fire at an Istanbul nightclub during New Year celebrations in the early hours of 2017 and killed 39 people.

So far, Burger said, German authorities cannot confirm that the 10 were involved with IS and, in the case of the person being deported Monday, they know of no link to IS. There are indications that two of the women were in Syria, but neither of the children is believed to have been in Syria.

There was no dispute about these people’s German citizenship, he said, and therefore no doubt about them being let back into the country — Germany can’t and doesn’t refuse entry to its own citizens.

Burger said that authorities have not yet been able to verify whether some 20 people — who are known to be in pre-deportation custody in Turkey — have German citizenship. Ankara has not yet officially notified Germany that it plans to deport them.

Turkey has over the past few weeks criticized Western nations, including Britain and the Netherlands, for refusing to take back their nationals who had joined the militant group and vowed to send back IS militants — even if their citizenship has been revoked.

Turkish Interior Minister Suleyman Soylu said last week that about 1,200 foreign IS fighters were in Turkish prisons and 287 members, including women and children, were re-captured during Turkey’s offensive in Syria. He did not provide any numbers or further details on those who would be sent back.

Several European countries, including Britain, have stripped IS fighters of their nationalities, to prevent their return.

In this photo taken from the outskirts of the village of Alakamis, in Idil province, southeastern Turkey, a Turkish army vehicles is driven in Turkey after conducting a joint patrol with Russian forces in Syria, Friday, Nov. 8, 2019. The Britain-based Syrian Observatory for Human Rights says a protester has been killed when he was run over in the village of Sarmasakh, Syria near the border by a Turkish vehicle during a joint patrol with Russia.The man was among residents who pelted with shoes and stones Turkish and Russian troops who were conducting their third joint patrol in northeastern Syria, under a cease-fire deal brokered by Moscow that forced Kurdish fighters to withdraw from areas bordering Turkey. (AP Photo/Mehmet Guzel)

For east Syria, US troops are about much more than oil