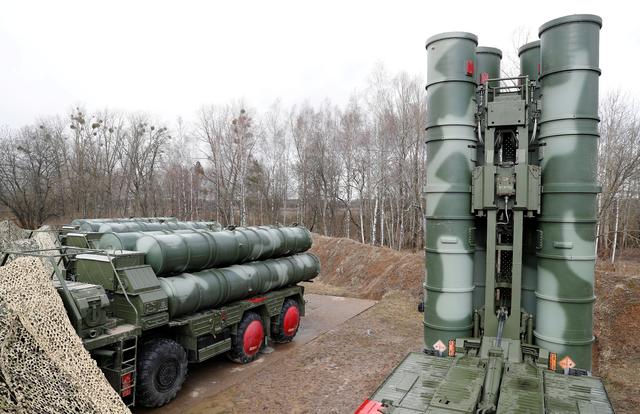 ANKARA, Turkey (AP) — A top Turkish official is calling on the new US administration to engage in a dialogue with Turkey and to review a decision to sanction the country over its purchase of an advanced Russian air defense system.

That request comes even though Washington has made clear that there can be no waiver of the sanctions until Ankara disposes of the Russian technology.

Speaking to reporters late Wednesday, Turkish Defense Minister Hulusi Akar would not be drawn into a question on whether Turkey would consider disposing of the Russian S-400 system amid US pressure. But he said he was hopeful that a solution can be found “through common sense before coming to that point.”

Akar also said talks with Russia on acquiring a second consignment of the S-400 were continuing.

In December, the United States sanctioned four Turkish officials under a US law known as CAATSA, which is aimed at pushing back on Russian influence. The sanctions, which also included a ban on export licenses to to Turkey’s Presidency of Defense Industries, were the first time the law was used to punish a NATO ally.

Earlier, Turkey was also kicked out of the US F-35 stealth jet program, due to concerns that the Russian technology would jeopardize the safety of the fighter jets.

The sanctions deepened a rift between Washington and Ankara which have been at odds over a variety of issues, including Turkish military actions in Syria and elsewhere.

Akar renewed Turkey’s calls for a dialogue to overcome the impasse. Turkey maintains that the S-400s would not affect NATO systems or the F-35s.

“We are saying let’s not break things up in this way. Let’s sit down and talk and find a solution,” Akar said.

US officials have ruled out the possibility of discussions with Turkey over the S-400′s risks to the F-35s. They have also said the sanctions cannot be lifted as long as the Russian air-defense system remains on Turkish soil.

Akar said Turkey was left with no choice but to acquire the Russian air defense system after no NATO ally offered Turkey favorable terms.

Asked whether Turkey was considering purchasing Russian-made jets following its removal from the US fighter plane program, Akar said Turkey wanted to “return to the F-35 program” and as well as develop its own national fighter jet program and modernize its fleet of F-16 planes.

FILE PHOTO: A view shows a new S-400 “Triumph” surface-to-air missile system after its deployment at a military base outside the town of Gvardeysk near Kaliningrad, Russia March 11, 2019. REUTERS/Vitaly Nevar/File Photo

Turkey, US in talks to form joint working group on S-400s, sanctions -minister