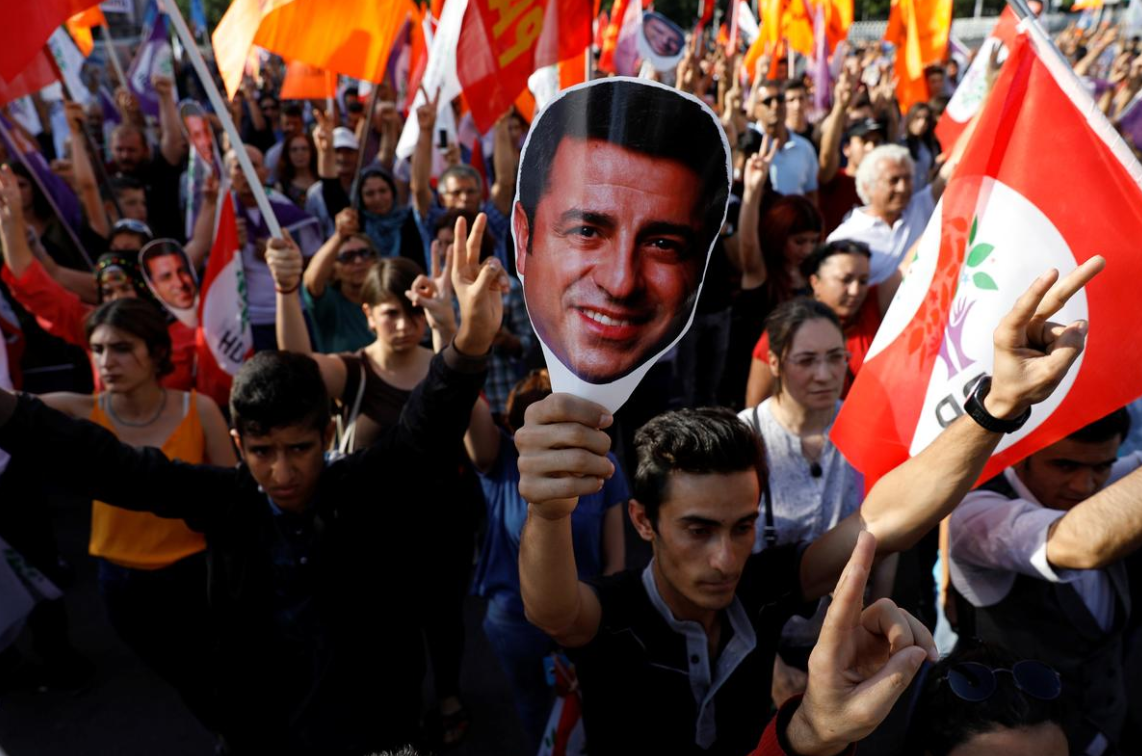 ISTANBUL (Reuters) — Turkey’s Constitutional Court has ruled that the lengthy jailing of a former head of Turkey’s main pro-Kurdish party violated his rights, a decision published on Friday showed, but he was not expected to be released due to a separate investigation.

Selahattin Demirtas, one of Turkey’s best known politicians, has been in jail since November 2016 on terrorism-related charges. He faces a sentence of up to 142 years in jail if found guilty in the main case against him.

The court’s decision said his detention had exceeded a reasonable period and his right to freedom had been violated, ordering the payment of compensation.

However, media reports said the ruling would not lead to his release due to a separate investigation and arrest order.

A court ruled last September that Demirtas should be released while his main trial continues. The Constitutional Court ruling concerns the detention for this period.

Prosecutors then launched a new investigation into him and requested his arrest again after the lifting of the previous detention order. Demirtas denies the charges against him.

One of Demirtas’ lawyers, Mahsuni Karaman, said that while the ruling concerned his detention up until last September, it should also be applicable to the second detention order.

“Because the second arrest order was based on the same reason it is no longer valid,” Karaman wrote on Twitter. “The second detention should be ended immediately.”

The constitutional court has made similar rulings about rights violations due to long detention periods in the past and some people have been subsequently released.

The party which Demirtas led before he was jailed is the Peoples’ Democratic Party (HDP), the second-largest opposition party in Turkey’s parliament.

Ankara accuses the HDP of links to the outlawed Kurdistan Workers Party (PKK), which has waged a decades-long insurgency against the Turkish state and which is designated a terrorist group by Turkey, the United States and European Union.

The HDP denies such links.

Demirtas’ case is also closely watched internationally. The European Court of Human Rights (ECHR) said in November 2018 Demirtas’ detention had gone on longer than could be justified.