Twitter users have revived a 2014 hashtag through which people can state what the masses need from the government of President Abdel Fattah al-Sisi.

Through the hashtag — which translates as “Sisi is required to…" — users voiced diverse requests, including resolving economic hardships, improving media performance, caring for disadvantaged social classes and releasing political prisoners.

“Sisi is required to review the conditions of prisoners and give a full amnesty to those unfairly jailed,” tweeted Atef Kashef.

Adel Abdu called upon the president to "separate religion and politics," repeating the phrase five times for emphasis.

Some voiced more personal demands, such as Rami Abu Alam, who said, "Sisi is required to allow expatriates coming back home to bring one car along with them without having to pay customs, while depositing US10,000 for five years."

"Sisi is required to reintroduce the Supreme Council of Youth and Sports, and to appoint a minister for youth and sports who is able to win back our young people and protect them from polarization."

Ahmed, another user, called for the abolition of what he described as Egypt's “beggar economy”, which he said relies totally on tourism and foreign investment.

A user called Semsema demanded action to crack down on media organizations that needlessly criticize the government, tweeting, "Sisi is required to purge the media due to its delusions and its concealment of positive achievements.”

Meanwhile, one user urged the president to toughen penalties for corruption, while others were more critical, demanding that the president “admit his failure.” 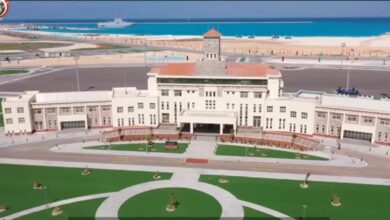