BAMAKO, Jan 20 (Reuters) – The United Nations peacekeeping mission in Mali said on Thursday it will resume flights after they were grounded over the weekend in the wake of economic sanctions against the West African country.

The sanctions by the Economic Community of West African States (ECOWAS) included closing its members’ air and land borders with Mali, where the military seized power in a 2020 coup.

The interim government reorganised its flight approval process, during which MINUSMA suspended flights within Mali, with the exception of medical evacuations. read more

“Following a series of fruitful discussions with the Malian authorities, MINUSMA is resuming its air operations,” it said in a statement.

Commercial passenger flights to and from ECOWAS countries remain suspended.

MINUSMA has more than 13,000 troops trying to contain violence in the north and centre of Mali, where groups linked to al Qaeda and Islamic State regularly attack civilians, soldiers and U.N. bases.

The mission operates daily flights to shuttle peacekeepers and staff around Mali, where road travel in most areas is too dangerous.

Malian authorities have responded to sanctions by imposing restrictions on military aircraft involved in the fight against the militants.

Mali is now demanding 48 hours of advance notice for flights and surveillance drones, three sources told Reuters. Germany’s government said on Wednesday that one of its military planes had been banned from overflying the country. read more

Former colonial power France, which has thousands of troops in Mali and neighboring countries, received a request from the Malian authorities to review its bilateral defense accords, the foreign ministry said on Tuesday.

France has been vocal in its support of the ECOWAS sanctions and pushed for the European Union to also impose sanctions. 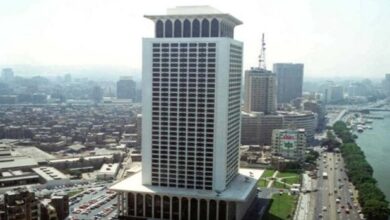