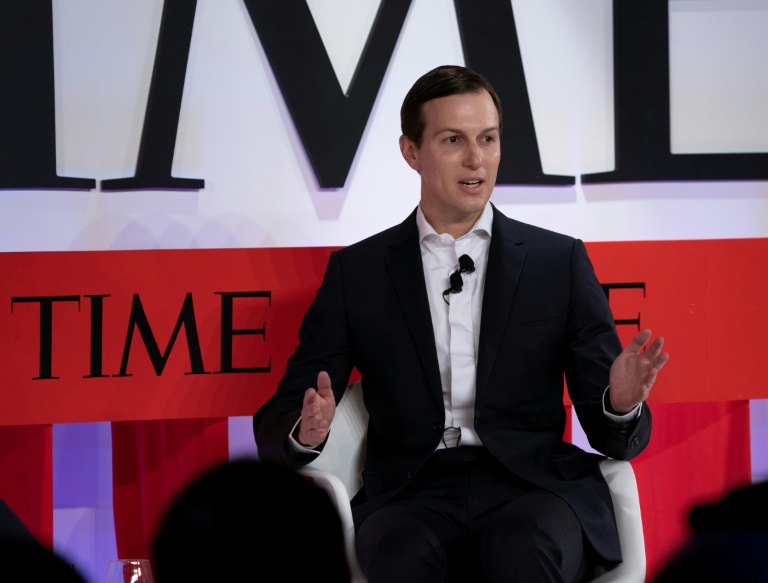 President Donald Trump’s son-in-law Jared Kushner, the plan’s main architect, sought to build support for his ambitious economic proposals for the Palestinian territories at an international meeting in Bahrain.

Neither the Israeli nor Palestinian governments attended the two-day gathering that took place amid a years-long stalemate in other international efforts to resolve a conflict that has lasted more than seven decades.

Kushner’s plan calls for scores of business and infrastructure projects that he says are aimed at boosting the West Bank and Gaza economies and showing the Palestinians a prosperous future if they return to the negotiating table.

“It is totally divorced from reality. The elephant in the room is the (Israeli) occupation itself,” she told a news conference in Ramallah in the occupied West Bank.

The Palestinians and many Arabs in the region have dismissed Kushner’s plan for a trade and investment boost as pointless without a political deal. Arab states, including Saudi Arabia, say any deal must be based on a two-state solution, which has underpinned every peace plan for decades.

Kushner said the conference proved that the economic issues of the conflict were “solvable” but he offered no details on the yet-to-released political part of his peace drive being crafted largely in secrecy.

“The reason why we thought it was important to bring out the economic vision before the political vision is because we need people to see what the future can look like,” said Kushner, who has conceded that its success hinges on reaching a long-elusive peace agreement.

“We’re going to put out our political plan at the right time and we’ll see what happens,” he told reporters as the event wound up on Wednesday.

Kushner, Trump’s senior White House adviser, said that in negotiations both sides have to decide when they get to “yes”, adding: “Maybe they will never get to yes.”

The chief of the Islamist Hamas, Ismail Haniyeh, criticized the plan as a ruse against the Palestinian people.

Several Arab states, including Lebanon, stayed away from the event while others including Jordan and Egypt, the two Arab nations that have reached peace agreements with Israel, sent deputy ministers.

Washington hopes wealthy Gulf states will bankroll the plan, which expects donor nations and investors to contribute $50 billion to Palestinian and neighboring Arab state economies. It is the first phase of broader peace plan more than two years in the making.

Sunni Muslim Saudi Arabia and the United Arab Emirates, which share a common foe with Israel in Shi’ite Iran, voiced qualified support for Kushner’s economic formula but made clear that the plan needed to be combined with a political solution.

Saudi Finance Minister Mohammed al-Jadaan said Riyadh would support whatever brings prosperity to the region but that it was important that it be driven by the private sector.

“We should give this initiative a chance,” said UAE Minister of State for Financial Affairs Obaid Humaid al-Tayer.

Bahraini Foreign Minister Sheikh Khalid bin Ahmed al-Khalifa told Israeli public broadcaster Kan the plan was an “opportunity not to be missed” and could be “very important game-changer”.

Saudi Arabia said on the eve of the conference that any peace deal should be based on a Saudi-led Arab initiative that calls for a Palestinian state drawn along borders which predate Israel’s capture of territory in the 1967 Middle East war. It envisages a capital in East Jerusalem and refugees’ right of return – points rejected by Israel.

Kushner has said the plan would not adhere to the Arab initiative.

It is not clear whether the Trump team plans to abandon the two-state solution, which is backed by the United Nations and most countries. Trump’s team has consistently refused to commit to it.

Any solution must settle long-standing issues such as the status of Jerusalem, mutually agreed borders, Israel’s security concerns, Palestinian demands for statehood, and the fate of Israel’s settlements and military presence in territory where Palestinians want to build that state.

Palestinian leaders are refusing to engage with the White House, accusing it of pro-Israel bias. Breaking with the international consensus, Trump in 2017 recognized Jerusalem as Israel’s capital, infuriating the Palestinians and other Arabs.

The IMF puts unemployment at 30% in the West Bank and 50% in Gaza, which has suffered years of Israeli and Egyptian blockades and recent foreign aid cuts and sanctions by the Palestinian Authority, Hamas’ rival in the Israeli-occupied West Bank.

“Gaza right now is feeling a lot of pain because of bad leadership and the sanctions that have been imposed on them because of it,” Kushner said.

“So the question that (Hamas) leadership has to ask themselves is … do they hate their neighbor in Israel more than they love their citizens and their people?”

Palestinian businessman Ashraf Jabari, chairman of the Palestinian Business Network, told the gathering it was difficult to build an economy with a “siege and unstable situation”.

“Frankly, we demand an independent Palestinian state on the territories occupied by Israel in 1967,” said the businessman from Hebron, who has co-founded a trade group to boost business between Palestinians and Israeli settlers.