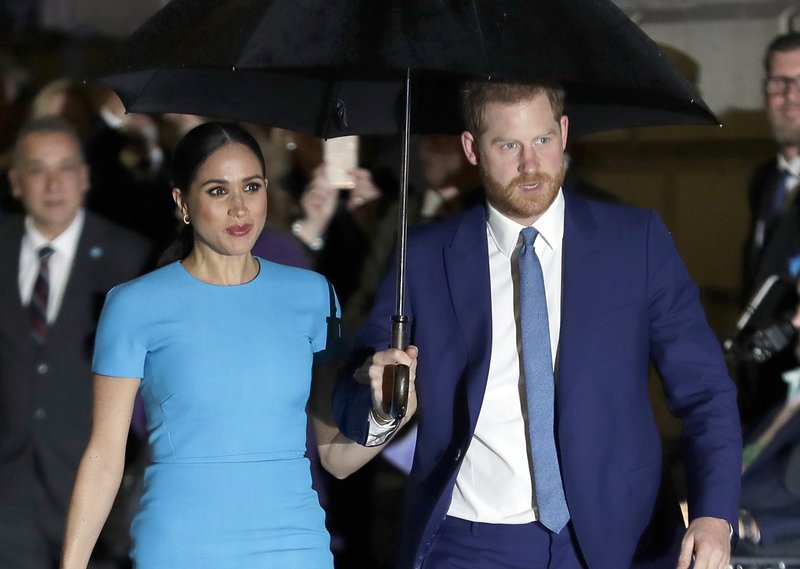 LONDON (AP) — A judge in London is hearing the latest stage on Wednesday of the Duchess of Sussex’s privacy-infringement lawsuit against a British newspaper, as Meghan tries to keep the names of five of her friends out of the public eye.

The former Meghan Markle is suing the publisher of the Mail on Sunday newspaper and the MailOnline website at Britain’s High Court over five articles that published portions of a handwritten letter she wrote to her estranged father, Thomas Markle, after her marriage to Prince Harry in 2018.

At a one-day pre-trial hearing, judge Mark Warby is considering an application by Meghan’s lawyers to prohibit publishing the personal details of friends who spoke anonymously to People magazine in early 2019 to condemn the alleged bullying she had received at the hands of the U.K. press.

The newspaper’s lawyers say it was Meghan’s friends who brought the letter into the public domain by describing it in the People article. Associated Newspapers says the friends’ evidence “is at the heart of the case” and their identities should be known.

The duchess’s lawyer, Justin Rushbrooke, argued that the court had a duty to “protect the identity of confidential journalistic sources.”

Associated Newspapers has argued that information about the letter to Thomas Markle revealed in the People article must have come “directly or indirectly” from the duchess.

But Rushbrooke said Meghan did not know at the time that her friends were speaking to the magazine. He said the anonymous interviews were arranged by one of the five friends, who was concerned about the toll media criticism was taking on the duchess, pregnant at the time with her first child.

The lawyer said Meghan “had no knowledge in advance that any reference would be made to the letter” and did not even know the interviews would be taking place.

In a witness statement submitted in the case, the duchess said “each of these women is a private citizen, young mother, and each has a basic right to privacy.”

“These five women are not on trial, and nor am I,” she wrote. “The publisher of the Mail on Sunday is the one on trial. It is this publisher that acted unlawfully and is attempting to evade accountability; to create a circus and distract from the point of this case — that the Mail on Sunday unlawfully published my private letter.”

In January the couple announced they were quitting royal duties and moving to North America, citing what they said was unbearable intrusion from the British media.

Neither Harry nor Meghan was in court for Wednesday’s hearing.

Image: FILE – Prince Harry and Meghan, the Duke and Duchess of Sussex arrive at the annual Endeavour Fund Awards in London on March 5, 2020. A judge in London on Wednesday, July 29, 2020 is hearing the latest stage in the Duchess of Sussex’s privacy-infringement lawsuit against a British newspaper, as Meghan tries to keep the names of five of her friends out of the public eye. The former Meghan Markle is suing the publisher of the Mail on Sunday at Britain’s High Court over five articles that published portions of a handwritten letter she wrote to her estranged father, Thomas Markle. (AP Photo/Kirsty Wigglesworth, File)

Harry and Meghan say they won’t cooperate with UK tabloids