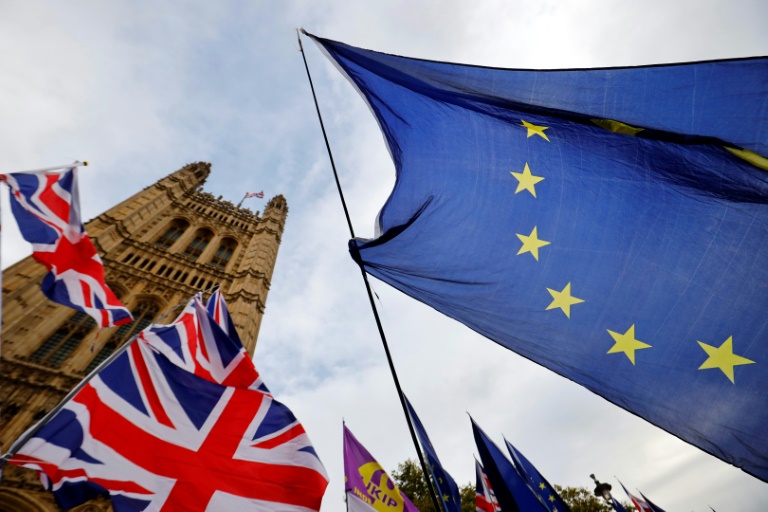 Conservative leader Johnson — overseeing a minority government — is trying to lead Britain out of the deep crisis engulfing its EU departure that was meant to take place this Thursday.

But unable to get parliamentary support for his divorce deal with Brussels, he was forced to abandon his “do-or-die” pledge to leave the bloc on schedule and has begrudgingly accepted another extension until the end of January.

But Johnson has been trying to secure an early vote to try to win a majority to allow him to push through legislation to enact Brexit.

His third attempt to get parliament to agree to disband early and hold a general election on December 12 ended in failure on Monday after he fell well short of the required support of two-thirds of MPs.

But he was making a fresh bid for the same date on Tuesday using a different parliamentary procedure that would only require a simple majority.

He consulted his cabinet ministers to plot strategy in advance of another gruelling session of the lower House of Commons that could stretch into the night.

Veteran socialist Corbyn has been torn between rival camps within his own party and is facing poor polling numbers that show the Conservatives in a strong lead.

He has argued he cannot back an election until Johnson promises not to take Britain out of the EU without a new trade deal when the post-Brexit transition period ends in December 2020.

Britain would be following EU rules until that time.

But he said the latest delay to Brexit agreed by EU leaders on Monday meant “for the next there months, our condition of taking no-deal off the table has now been met”.

“We will now launch the most ambitious and radical campaign for real change our country has ever seen,” he added.

The sides must now settle on an election date.

The second option is also preferred by Labor.

Some in the party say the later date reduces the number of more liberal students voting because it comes after they finish their semesters and return home for the winter break.

Labour’s trade spokesman Barry Gardiner told BBC radio “the first thing” for Johnson to do to get his party’s backing was “to ensure that students are not going to be disenfranchised by an election on December 12”.

Corbyn did not specify a date in his statement.

“It will be a December election,” a Labor source told AFP.

The last election to be held in December was in 1923, when Labor’s Ramsay McDonald lost to the Conservatives led by Stanley Baldwin.

The debate appears to be one of principle.

The SNP’s parliamentary leader Ian Blackford urged Labor to not “be the handmaidens to the prime minister’s Brexit” and to fight for the earlier date.

Johnson is mainly concerned about amendments that could be attached to his bill.

One proposed option would extend voting rights to EU citizens — a group that strongly opposed Brexit.

Another would lower the voting age from 18 to 16.