The head of the Ukrainian intelligence agency Security Service of Ukraine (SBU), Ivan Bakanov, and the country’s Prosecutor General, Iryna Venediktova, have not been dismissed from their posts, but instead suspended while an investigation is carried out, according to a senior member of Ukrainian President Volodymyr Zelensky’s administration

The pair were suspended to guarantee they would not interfere in the investigation of some of the people working in each of their departments, the official said.

“We have been waiting for more concrete and sufficiently radical results from the leaders of these two departments, to clean these two departments of collaborators and state traitors,” Andrii Smyrnov, the deputy head of the Office of the President of Ukraine, told Ukrainian television on Monday.

“However, in the sixth month of the war, we continue to find … packs of these people, in each of these departments,” he added.

Smyrnov said the move was aimed at preventing “the potential influence of these two officials on the criminal proceedings that are being investigated regarding … employees.”

Based on the results of official inspections and investigations, Smyrnov said Zelensky will decide whether or not to submit a motion to parliament to dismiss the prosecutor general, and the head of the Security Service of Ukraine.

Some context: In his nightly video address on Sunday, Zelensky announced that he had taken the “decision to remove the Prosecutor General from office and to dismiss the Head of the Security Service of Ukraine,” adding that more that 60 employees in both offices were suspected of treason.

Ukraine says it has neutralized more than 4,500 cyberattacks this year 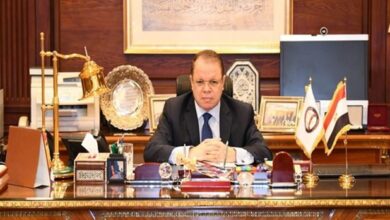